BUSINESS US bill may backfire on its capital market

US bill may backfire on its capital market 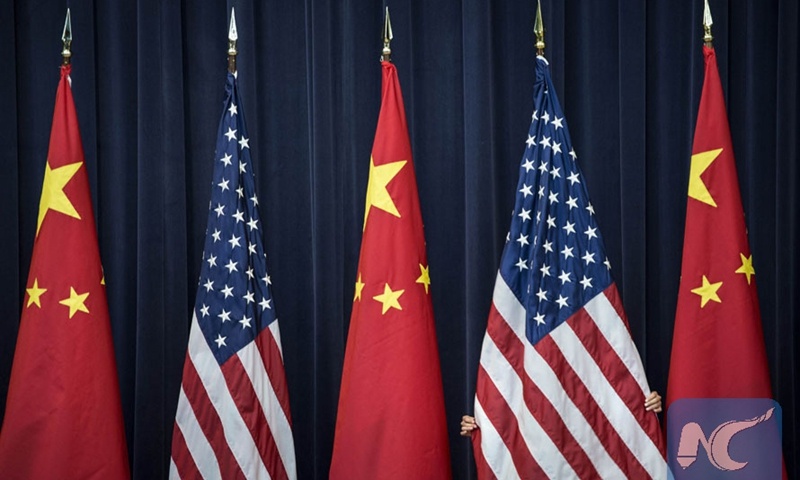 With the US House of Representatives giving the green light to a controversial bill that could block Chinese corporate listings from US stock exchanges, the global clout of the US equity market would be at stake, experts said.

In addition to voicing strong disapproval, industry watchers called for efforts by both US-listed Chinese companies and regulatory authorities across the Pacific to prepare for the worst.

The US House of Representatives passed legislation, the Holding Foreign Companies Accountable Act, on Wednesday, which would force foreign com-panies to adhere to US securities law - while some of the Act's content explicitly targets China.

The bill, passed by the Senate in May, bars foreign company listings on any US exchange if a company has failed to comply with the US Public Account-ing Oversight Board (PCAOB)'s audits for three years in a row.

The US move is a concrete action taken to politically crack down on Chinese companies and contain China's development, Foreign Ministry spokesperson Hua Chunying said on Thursday.

China has long believed that with capital markets highly globalized, the cor-rect path to solve problems would be to have all concerned parties strengthen cross-border regulatory cooperation in a frank and sincere fashion, protect investors' legitimate rights, and enhance international cooperation, Hua said.

"We firmly oppose the US move to politicize securities supervision," Hua re-marked, adding that if the bill comes into force, it would severely undermine global investors' confidence in the US capital market, damage the international clout of the US market, and harm US' self-interest.

"Chinese companies make up most of the foreign entities listed in the US and these exchanges cannot live up to their name without these Chinese technology companies," Dong Dengxin, director of the Finance and Securities Institute at the Wuhan University of Science and Technology, told the Global Times on Thursday.

As of October 2, there were 217 Chinese listings on the three largest US ex-changes - NASDAQ, New York Stock Exchange, and NYSE American - with a total market capitalization of $2.2 trillion, according to statistics from the US-China Economic and Security Review Commission.

The bill may not shake the momentum of Chinese technology giants listed in the US including Alibaba, Baidu and Pinduoduo, companies that the US market cannot afford to lose, Dong said. "These large companies may try to adapt to US stock market rules by working with international accountancy firms," he went on to say.

Still, the US regulatory toughening has prompted an increasing number of Chinese listings to seek a secondary listing in their home markets - or opt to go private. Since the Senate passed the bill in May, a host of US-listed Chi-nese companies have sought secondary listings in Hong Kong, including JD.com and NetEase.

In a fresh sign of voluntary delisting, NYSE-listed Chinese real estate internet portal Fang Holdings announced at the end of November that it had received a preliminary and non-binding go-private proposal.

US-listed Chinese companies should have made contingency plans since the bill's approval by the Senate, and investors with holdings in these stocks might have revised their positions, Wu Jinduo, head of fixed income at the research institute of Great Wall Securities, told the Global Times on Thursday.

Saying that the market had partially digested the news over the past half year, Wu pointed to lingering uncertainties about specific auditing requirements as mandated by the PCAOB, whether they specifically target Chinese firms or universally apply to foreign firms, and possible changes to the three-year auditing rules on the part of the US.

The China Securities Regulatory Commission said earlier this year that China had never prevented accounting firms from providing audit working papers to overseas regulatory institutions, but such an exchange of information ought to be done through regulatory cooperation.

Chinese regulators need to adequately communicate and negotiate with their US counterparts, Wu said, adding that Chinese firms are required to file with domestic regulatory authorities for their US listings, and if the authorities from the two countries fail to reach a consensus in some aspects, those planning an IPO in the US or those already listed there "would find themselves in a passive position."

The analyst urged Chinese regulators to provide a standardized measure to ensure the normal operations of US-listed Chinese stocks.

Some small US-listed Chinese companies, such as those valued at less than $100 million, will be more likely to delist as auditing costs rise, according to Dong.

"As part of the effort to give Chinese listings more leeway to address account-ing woes, the nation should also ramp up the push for a yuan-denominated stock exchange in Macao," Wu said.

The bill is likely to be sent to US President Donald Trump, who the White House said is expected to sign it into law, according to Reuters.

However, it remained uncertain whether the Biden administration would overturn Trump's tough attack on Chinese companies listed in the US, experts said.

In the eyes of Wu, who is optimistic about concerns as to whether US-China financial decoupling would worsen in the Biden era, the president-elect might hold to an array of bills Trump has signed that target China in the spheres of technology, trade and finance, but will likely make revisions later on.

The economic team of the incoming Biden administration smacks of that un-der Barack Obama and wouldn't be as hawkish toward China as it has been under Trump, she said.