BUSINESS US boat manufacturers feel the pain of tariffs

US boat manufacturers feel the pain of tariffs 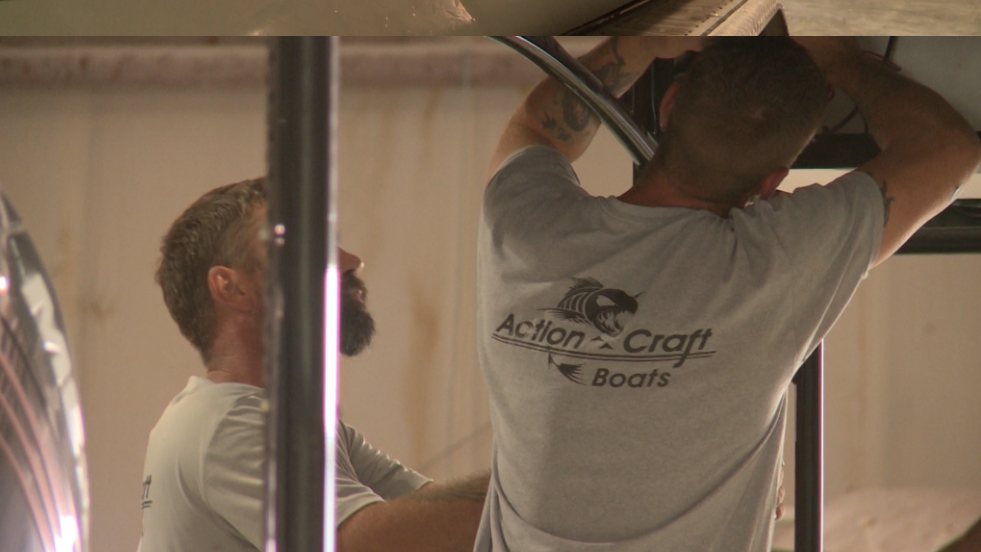 US boat manufacturers are facing higher prices for raw materials and parts because of tariffs implemented by the Trump administration. The National Marine Manufacturers Association has called the tariffs a "disaster" for America's recreational boating industry, which is valued at 39 billion US dollars.

Chad Kovarik owns Action Craft Boats which makes recreational boats in Cape Coral in Florida. At one of his two boat manufacturing facilities in the state, he points out  that all the parts on his boats are made from aluminum and steel.

"It's powder coated, but underneath it's aluminum, and this aluminum comes from Canada," he said, pointing to a section of roof. "All the hardware and engines are made of stainless steel. [It] comes from China, of course. The rod holders are made in aluminum. We have over 500 nuts and bolts and screws on every boat. You can't even buy them in the United States. They've got to come from China."

He said he's seen prices on some of the parts he buys increase by up to 12 percent. "The tariffs on aluminum and steel have an actual impact on us. It causes some of our prices to go up and our customers don't necessarily want to pay that extra for those prices. But I don't think we have a choice," he said.

The US has imposed tariffs on billions of dollars of other Chinese imports, including boat motors, engine parts and navigational equipment.

Sean Snaith, director of the Institute for Economic Competitiveness at the University of Central Florida, said the boat manufacturing industry is one of several facing rough waters because of tariffs.

"Some companies will just have to eat the higher cost and, of course, that will come out of the bottom line," he said. "Those companies that are using imported products subjected to tariffs will have to reevaluate whether they're going to continue using the same suppliers."

Kovarik predicted if tariffs remain in place over the long-term, it will become much more challenging for boat manufacturers to stay afloat.