US bond predictions of a dovish Fed could be proved right 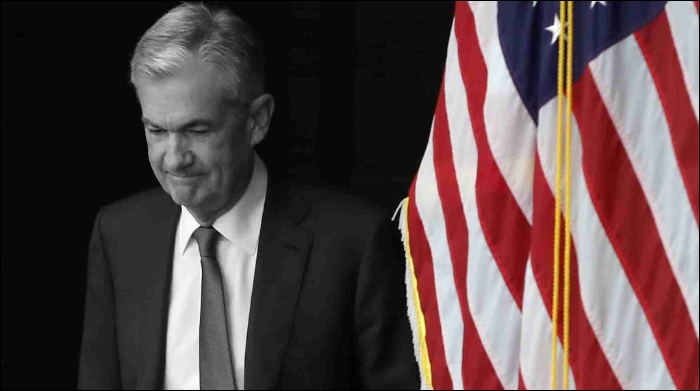 This week's benchmark interest rate rise saw Chairman of the US Federal Reserve Jerome Powell show increasing confidence in the US economy, while further strengthening the case for a fourth hike this year in December.

Does this indicate the Fed's tightening cycle is set to accelerate? Traders in US bonds, one of the most sensitive markets to the Fed's policy outlook, may hold a different opinion.

The Fed dropped the word “accommodative” when describing policy in its statement. However, some markets may not agree with that, with US Treasuries gaining across the curves, and both two-year and 10-year bond yields falling.

In fact, dropping “accommodative” could be a sign that the current policy rate in the 2-2.25 percent range is nearer to the neutral rate level, meaning this current US tightening cycle may have reached a stage of maturity.

The US central bank earlier this week upgraded its 2018 economic growth outlook to 3.1 percent, up from its previous projection at 2.8 percent, with no visible pick-up in inflation. Such an upgrade should be taken as a surprise, especially with growth in the second and third quarters potentially staying above 4 percent.

But the Fed sees growth moderating to 1.8 percent in 2021. A much slower long-term growth forecast suggests the Fed isn't really buying President Trump's story on US growth sustainably staying above 3 percent. The current resilient growth trend is largely being driven by the tax cut – its impact is more or less a one-off.

If US growth follows the current Fed forecast, the current tightening cycle could end as soon as the end of next year.

History, as always, is a good reference. Prior to the current tightening cycle, the Fed tightened monetary policy in six rounds since 1970. The longest tightening cycle happened from 1976-1980, while most of the other cycles usually lasted two to three years.

This year is the third year of the current tightening cycle, starting in 2015, when inflation was far below the levels seen in the late 70s. Core PCE, the Fed's preferred inflation-gauge, is now at 1.98 percent on a year-on-year basis, way below the 10 percent seen in 1980.

With moderate inflation growth and a slower long-term growth outlook, the Fed may have little incentive to extend the current tightening cycle into a fifth year in 2020.

Rising global trade tensions are another factor that may end the Fed's current tightening cycle sooner rather than later. Powell said in his press conference that the Federal Open Market Committee (FOMC) didn't factor the trade war into its monetary policy considerations, as its real impact on the economy has been minimal up to now.

This, however, may not be the case next year. Major economies such as China and the Eurozone have already felt the pain from rising trade tensions, with their respective export orders falling since March.

More importantly, a contagion effect from deeper trade tensions between the world's two largest economies shouldn't be ignored, as those tensions may spread into other areas such as consumer and business confidence.

Increasing tariffs imposed on Chinese products will decrease the purchasing power of US consumers while wage growth remains moderate. The University of Michigan consumer sentiment index dropped to 96.2 in August, down from 101.4 in March.

The FOMC's median estimate of the long-run neutral rate stands at 3 percent versus the current 2.25 percent for the upper bound of the US policy rate. With more downside risk to the global economy than upside, the Fed may end its current tightening cycle by another three hikes if it wants to avoid overshooting. That might not be bad news for China's monetary authority.

In the past few years, the People's Bank of China has had limited room for maneuver on monetary policy. One major concern is the policy divergence with the Fed, possibly spurring capital outflows and a weaker yuan. Once the Fed moves toward ending policy tightening, China's central bank should have more breathing space to manage its monetary policy based on macroeconomic conditions.