BUSINESS US budget deficit jumps to record $1.7 trillion this year

US budget deficit jumps to record $1.7 trillion this year 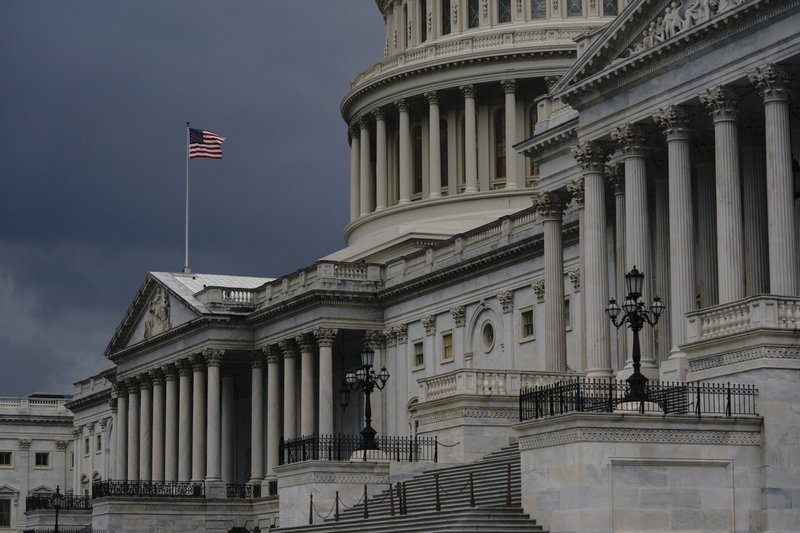 In this Aug. 3, 2020, file photo dark clouds and heavy rain sweep over the US Capitol in Washington. (File photo: AP)

The U.S. government’s budget deficit surged to an all-time high of $1.7 trillion for the first six months of this budget year, nearly double the previous record, as another round of economic-support checks added billions of dollars to spending last month.

In its monthly budget report, the Treasury Department said Monday that the deficit for the first half of the budget year — from October through March — was up from a shortfall of $743.5 billion in the same period a year ago.

The deficit has been driven higher by trillions of dollars in support Congress has passed in successive economic rescue packages since the pandemic struck in early March 2020. The latest round came in a $1.9 trillion measure that President Joe Biden pushed through Congress last month.

Biden’s package included individual support payments of up to $1,400 and the administration rushed to make those payments as soon as the president signed the measure into law. The Treasury Department statement showed that the payments in March totaled $339 billion.

The budget report showed that the deficit for just March totaled $659.6 billion, the third-highest monthly deficit. For the six-month period, the $1.7 trillion deficit total surpassed the previous record of an $829 billion deficit run up for the six months ending in March 2011. That was a period when the government was spending to deal with the economic damage from the recession caused by the 2008 financial crisis.

Last year’s deficit, for the budget year that ended Sept. 30, totaled a record $3.1 trillion. The Congressional Budget Office estimated in February that this fiscal year’s deficit would total $2.3 trillion. But that estimate did not include the cost of Biden’s $1.9 trillion rescue plan that Congress passed in March or the impact of the administration’s “Build Back Better” infrastructure proposal that Congress is considering now.

Nancy Vanden Houten, senior economist at Oxford Economics, said she expects the deficit for this budget year will total $3.3 trillion, an all-time high but up just 6.5% from last year’s record shortfall of $3.1 trillion.

Vanden Houten said that, while she expects Congress will pass some version of Biden’s $2 trillion infrastructure bill, the budget impact will not occur until the start of the next fiscal year.

For the first six months of the current budget year, Treasury said revenues totaled $1.7 trillion, a drop of 5.5% from the same period last year. Spending was $3.4 trillion, up 45.3%.

Biden’s rescue program passed without Republican support, unlike the previous packages passed during the Trump administration, which were backed by both Republican and Democratic lawmakers.

Republicans contend that new spending is not needed in light of rising deficits and increased signs that the economy is starting to rebound.

The Treasury report Monday showed that through the first six months of the current budget year, interest payments on the debt total $229 billion, $41 billion below the same period a year ago. That reflects lower interest rates on the rising level of debt.