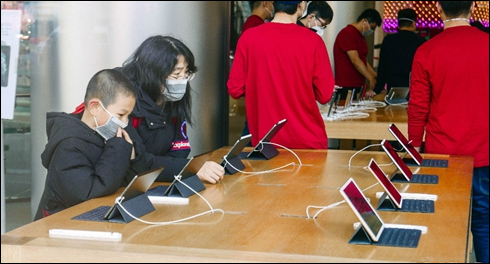 An array of US businesses with operations in China have responded spectacularly to the spread of COVID-19, according to the American Chamber of Commerce in China (AmCham China). These businesses are part of the foreign business community that is committing to the Chinese market.

The US business group's member companies have made donations totaling over $62.24 million, including both cash and in-kind donations, to support virus-hit areas including Central China's Hubei Province, AmCham China said in a statement posted on its website earlier this week.

Among the in-kind contributions are personal protective equipment, medical devices, pharma-ceuticals, disinfectant and cleaning supplies, according to the statement. More than 100 member companies have made significant contributions including Abbott, Amazon China, Coca-Cola, Dell Technologies, Google, HP and Intel.

It was announced that Dell had donated 2 million yuan ($286,640) to the China Youth Develop-ment Foundation to fight against the novel coronavirus outbreak in Hubei, especially in Wuhan. The company also donated 200 IT devices to hospitals in Hubei, the Global Times learned from the company.

Chinese Foreign Ministry spokesperson Geng Shuang also told an online press conference on Friday that as of Friday noon, 33 countries including the US and four international organizations had provided China with medical goods to tackle the epidemic.