US business groups ask Trump for tariffs delay before holidays 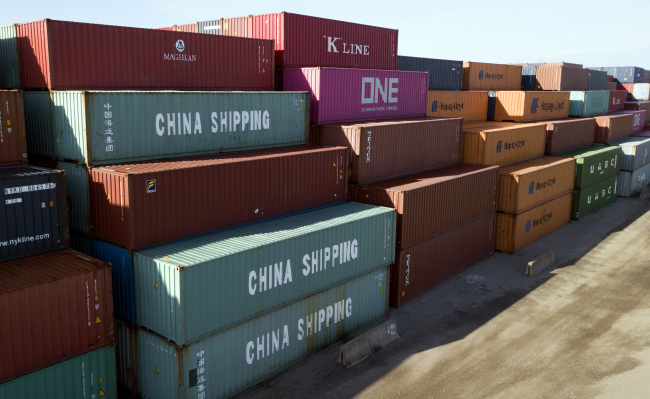 China Shipping Company and other containers are stacked at the Virginia International's terminal in Portsmouth, United States, on May 10, 2019. (File photo: AP)

A coalition of 161 manufacturers, farmers, retailers, natural gas and oil companies as well as other business groups of the United States, has signed a letter asking President Donald Trump to postpone tariff rate increases on Chinese goods slated to take effect this year.

The letter, dated Wednesday and organized by Americans for Free Trade Coalition, comes as tariff increases are set to take effect starting Sunday, followed by further increases Oct. 1 and Dec. 15.

The group says the tariffs come right in the middle of the busy holiday period and that action is needed to protect American businesses and consumers this holiday season.

It says a large portion of holiday merchandise will still be hit by the September and October tariff increases at an even higher rate than initially anticipated.