BUSINESS US businesses won't exit from China despite tension: US advisor

US businesses won't exit from China despite tension: US advisor

US businesses will not exit the Chinese market though a White House official warned of the end of engagement with China, said Kenneth Jarrett, a senior advisor to the Albright Stonebridge Group in an interview, according to a Forbes article published Sunday. 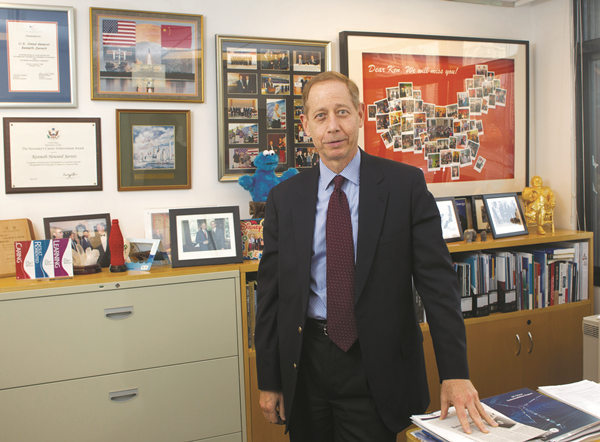 Kenneth Jarrett, the president of AmCham in Shanghai, believes that the US and China have much to gain from a healthy and open engagement with one another. [Photo by Gao Erqiang/China Daily]

Kurt Campbell, the White House's Indo-Pacific policy coordinator, said that "the period that was broadly described as engagement" with China "has come to an end" in an online discussion last month.

US businesses, nevertheless, won't exit from China and will continue to seek cooperation, according to Jarrett, who also served as the president of the American Chamber of Commerce in Shanghai.

"It's important to understand that even within an overall dynamic of competition, there is still room for cooperation," Jarrett said, adding that US companies view commercial interactions between the United States and China as beneficial cooperation, which is not likely to change.

"The majority of US companies are successful in China and see that success as an important contributor to their global performance," said Jarrett. "They are not looking to exit the China market."