BUSINESS US call for global minimum corporate tax no fix for offshoring: experts

US call for global minimum corporate tax no fix for offshoring: experts 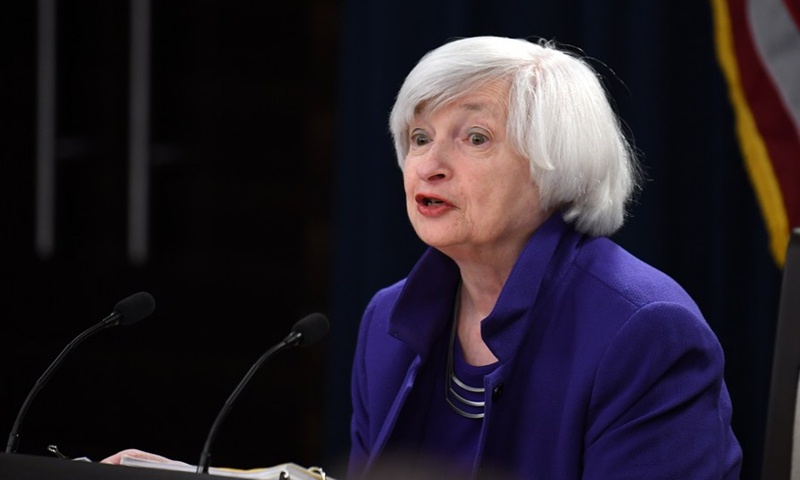 The US push for a global minimum tax rate on multinationals to ensure funding for President Joe Biden's $2.3 trillion infrastructure proposal without pushing firms away is unlikely to materialize and help the US to stop business offshoring, Chinese experts said on Tuesday.

"We are working with G20 nations to agree to a global minimum corporate tax rate that can stop the race to the bottom" on corporate tax rates, US Treasury Secretary Janet Yellen on Monday said in remarks to the Chicago Council on Global Affairs.

"Together we can use a global minimum tax to make sure the global economy thrives based on a more level playing field in the taxation of multinational corporations," she said.

Her comments came after Biden's infrastructure investment bill encountered pushback in the US Congress.

The uniform tax rate proposal is a key pillar of the Biden administration's massive infrastructure plan, which would be financed partly by raising US corporate tax rates and deterring multinational corporations from taking advantage of lower taxes overseas.

Yellen didn't suggest a specific global corporate tax rate. But in the context of the infrastructure plan, it would mean the US' current 10.5-percent minimum tax on overseas profits would be doubled to 21 percent, while its domestic 21-percent corporate tax rate would rise to 28 percent.

Some countries might endorse the US campaign for a global minimum corporate tax rate, but it won't be easy for a deal to be agreed upon by G20 economies in their entirety, Song Guoyou, deputy director of the Center for American Studies at Fudan University, told the Global Times on Tuesday.

Ye Qing, a professor of Zhongnan University of Economics and Law in Wuhan, said that it would be difficult for the proposal to be implemented, as tax policy is essentially contingent on economic realities and development needs in each country, and investment promotion strategies vary from country to country.

Ye told the Global Times on Tuesday that companies wouldn't relocate their overseas operations back to their home markets simply due to tax policy changes, as supply chains, among other factors, will have to be taken into account for an overhaul.

The part of the proposal that calls for an increase in tax burdens would surely be unwelcome to the business community, according to Song.

It hasn't even been four years since former US president Donald Trump's tax cuts were put into place and the proposed tax hikes, albeit not entirely reversing Trump's cut from 35 percent to 21 percent, tend to affect companies' expectations when it comes to costs, Song continued.

Even with Trump's tax cuts, the US hasn't been able to reshore manufacturing jobs, as trade wars have resulted in lost US jobs and factories, analysts said, stressing that a move in the opposite direction would prove futile.