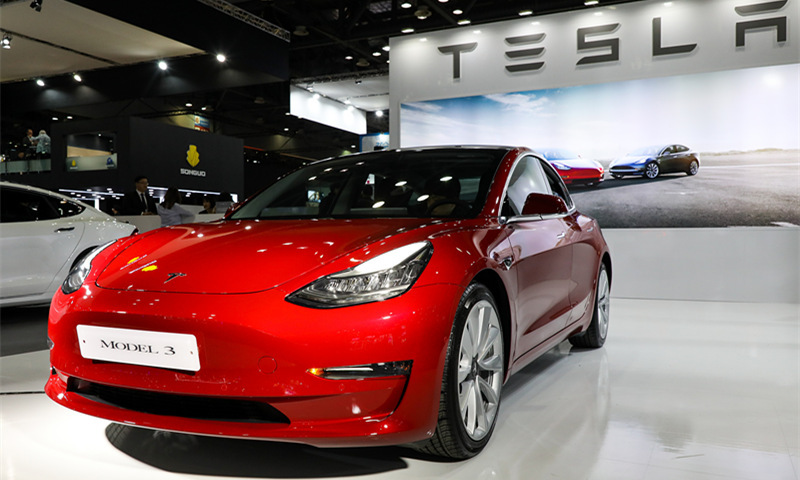 The shift in taste for consumers is also a portrait of US cars’ awkward position in China, a crucial battleground for global automakers, including Volkswagen, Toyota, and even Chinese players. US cars, which once held a high position in China, have gradually been losing ground in the market where over 25 million vehicles were sold last year.

However, General Motors, China’s second-biggest foreign automaker, Friday announced that it will introduce full-size sport-utility vehicle (SUV) models in China for the first time, showing that they are actively trying to regain lost ground, and even want to grab more.

In an interview with the Global Times, General Motors China chief Julian Blissett explained the move was in response to a huge demand in the market, explaining that Chinese consumers are taking more domestic holidays, and these kinds of lifestyle vehicles are very attractive.

He said their sales in the first quarter this year in China were hit badly, but the second quarter began to rebound, and the third quarter achieved a year-on-year growth of 12 percent, with Buick and Cadillac performing particularly well.

Data from the China Association of Automobile Manufacturers (CAAM) showed sales of Ford in China in 2005 rose by 46 percent to 82,225 units, much higher than the 14 percent growth for Chinese vehicles. GM said its sales in China in 2005 increased by 35.2 percent to a record 665,390 vehicles.

Jiang Lei, Secretary General of CAAM, said the industry ended super-fast growth for the previous two years and began to enter a stage of “steady, healthy and rapid development” when making review of 2004.

However, data from CAAM showed that the sales of US cars in China calmed in recent years, although automobile production and sales in China have ranked first in the world for 11 consecutive years.

In the first nine months of the year, sales of US passenger cars in China accounted for 9.4 percent, following Germany and Japan, which were 25.19 percent and 23.83 percent, respectively. In comparison, the US cars’ portion two years ago was 10.69 percent. In the first 11 months of 2016, the portion was 12.17 percent.

“At that time, the models of Ford were limited and also old, and other US brands such as Cadillac and Lincoln had not entered China, but VW quickly launched new models, which prompted me to buy one,” Yu recalled.

The decline in sales of US cars in China is a footprint for their strategy in China, as they attract less importance on Chinese R&D and branding compared to its rivals, Xu Haidong, vice chief engineer of the CAAM, told the Global Times on Friday.

Xu added that some US brands had less input on R&D for a long time, and others had fewer new models, which had an impact on buyers.

US cars in new energy such as Tesla have been doing well, with new energy vehicle sales in China accounting for half in the world.

Global Times reporters found out the Tesla booth is the most popular at the ongoing China International Import Expo (CIIE) in Shanghai, and people are curious to know more about its models.

In an interview with the Global Times, Tao Lin, Tesla's global vice president, said that they are opening more showrooms at third and even the fourth-tier cities, as the number of buyers rises.

When asked which car will be the next after VW, Yu said it could also be Tesla, for he wants to “have a try at new technology.”