BUSINESS US companies in China acknowledge progress China has made

US companies in China acknowledge progress China has made 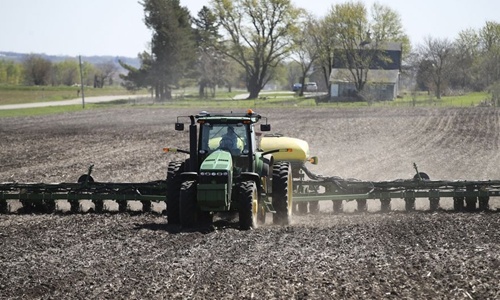 Most US companies operating in China support the phase-one trade agreement between the two countries and nearly half of them acknowledge the progress China has made, the US-China Business Council (USCBC) said during a recent video conference with Chinese officials.

The US business community has long-term confidence in China's market potential, welcomes the Chinese government's reform and opening-up measures and is willing to stay in China to grow with the country, the USCBC said, according to a Chinese article on the website of China's National Development and Reform Commission (NDRC) on Thursday.

US companies operating in China believe that China-US relationship returning to stable and constructive track is of vital importance, it said.

The USCBC made the remarks during a video seminar between Ning Jizhe, deputy head of the NDRC and delegates from the USCBC's board of directors. Tom Linebarger, chairman of the USCBC and CEO of Cummins Inc and representatives from a couple of other US companies including General Motors and Boeing joined the virtual conference.

The Chinese side pointed out that China and the US reaching a phase-one trade deal after 13 rounds of high-level negotiations embodies the win-win nature of China-US economic and trade cooperation. Since the signing of the trade deal, relevant Chinese departments have done a lot of work to boost the implementation of the trade deal and have made progress in expanding imports from the US.

The Chinese side is willing to join hands with the US to overcome challenges brought about by the COVID-19 outbreak and jointly implement the phase-one trade deal and boost imports from the US in line with market principles and WTO rules. Meanwhile, China will continue to promote an international and convenient business environment that is governed by laws to deepen practical cooperation between Chinese and US companies, said the Chinese side.

The Chinese side emphasized that they welcome more involvement of overseas business communities in China's economic and trade activities to share the fruits and opportunities of China's development, as "dual circulation" will bring more market opportunities for multinationals.