BUSINESS US construction spending up 0.6% in November, led by housing

US construction spending up 0.6% in November, led by housing 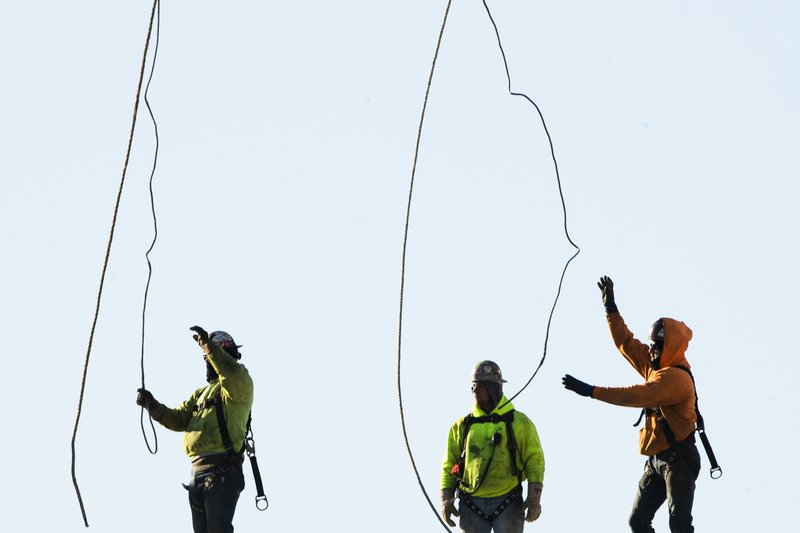 In this Dec. 3, 2019, file photo workers erect a building under construction, in Philadelphia. On Friday, Jan. 3, 2020, the Commerce Department reports on U.S. construction spending in November. (Photo: AP)

Spending on US construction projects rose a solid 0.6% in November as gains in home building and government projects offset weakness in nonresidential construction.

It was the fifth consecutive monthly gain and a sharp improvement from a tiny 0.1% October advance, according to a Commerce Department report Friday. The acceleration was led by a 1.9% rise in home construction which was more than double the 0.7% October increase.

Spending on government projects rose 0.9% in November as both activity at the federal level and state and local levels increased.

Spending on private sector nonresidential projects fell 1.2%, the biggest drop since April, reflecting widespread weakness with hotel construction down 3.8% and manufacturing down 2.4%.

Lower mortgage rates and a healthy job market have boosted home building. The average national rate for a 30-year fixed-rate mortgage dipped to 3.72% this week. That was down significantly from a year ago when the 30-year mortgage was at 4.51%

At this time a year ago, the Fed had wrapped up a year when it had boosted interest rates four times. However, in the face of rising global weakness, the Fed switched from hiking rates to cutting its benchmark rate three times last year, giving a boost to financial markets and interest-sensitive sectors such as housing.

The gain in home building reflected a 1.2% rise in single-family construction which offset an unchanged reading for the smaller apartment sector.

The rebound in housing is expected to continue in 2020. Application for new building permits, seen as a good indicator of future activity, jumped in November to the highest level in more than a decade.