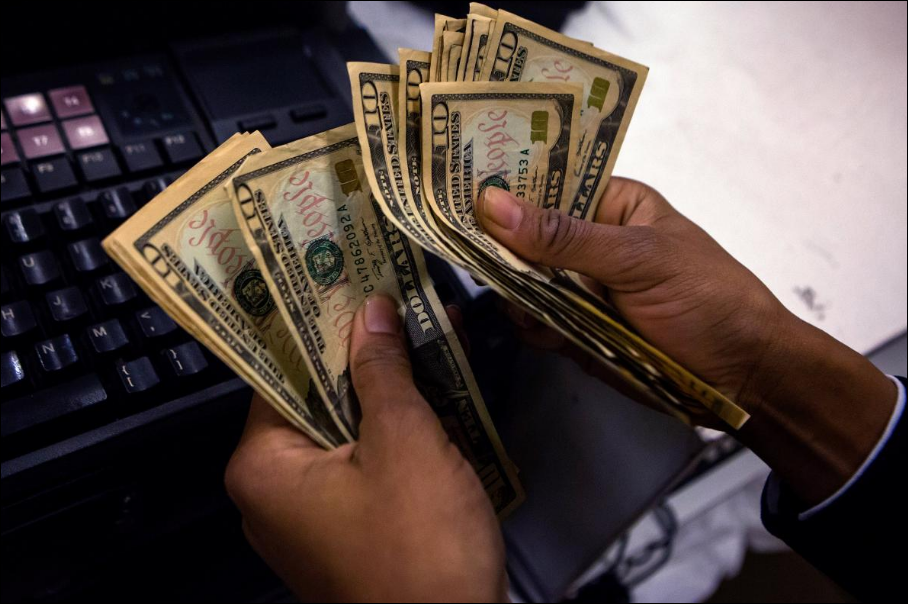 US consumer spending posted its biggest gain in five months in April, a further sign that economic growth was regaining momentum early in the second quarter, while inflation continued to rise steadily.

Other data on Thursday showed a bigger-than-expected drop in the number of Americans filing applications for unemployment benefits last week. Moderately rising inflation and a tightening labor market bolstered expectations that the Federal Reserve will raise interest rates next month.

“Consumer spending is accelerating and inflation is holding firm in a tightening labor market, so the Fed is likely to stay on course with those gradual rate hikes this year despite the signs of uncertainty elsewhere in the world from populism and trade protectionism,” said Chris Rupkey, chief economist at MUFG in New York.

Consumer spending, which accounts for more than two-thirds of US economic activity, jumped 0.6 percent last month, the Commerce Department said. That was the largest rise since November and followed a 0.5 percent increase in March.

That left the year-on-year increase in the so-called core PCE price index at 1.8 percent. The core PCE index is the Fed’s preferred inflation measure. The US central bank has a 2 percent inflation target.

Economists expect the annual core PCE price index will breach the Fed’s target in the coming months. The Fed increased borrowing costs in March and has forecast at least two more rate hikes for this year.

US financial market were little moved by the data. The dollar fell against the euro on signs of easing political tensions in Italy. Prices for US Treasuries rose.

Stocks on Wall Street were trading lower after the Trump administration decided to impose metal import tariffs on Canada, Mexico and the European Union, sparking new concerns of a trade war with the United States’ main allies.

The solid consumer spending added to data on trade and industrial production that have left economists anticipating a pickup in economic growth in the second quarter.

Factory activity looks set to strengthen further, with the Institute for Supply Management-Chicago reporting its business barometer rose 5.1 points to 62.7 in May.

But the housing market appears to have taken a further step back. Contracts to buy previously owned homes dropped 1.3 percent in April, the National Association of Realtors said in another report on Thursday.

Gross domestic product estimates for the April-June period are above a 3.0 percent rate. The economy grew at a 2.2 percent pace in the first quarter.

Households dipped into their savings to fund purchases last month, with income growth remaining sluggish, a concern for some economists. Personal income rose 0.3 percent after a gain of 0.2 percent in March. Wages increased 0.4 percent. Savings fell to $419.6 billion last month from $445.7 billion in March.

“The real question is whether that level of consumption growth is sustainable and I just don’t think that is likely unless income gains accelerate,” said Joel Naroff, chief economist at Naroff Economic Advisors in Holland, Pennsylvania.

But with the labor market rapidly tightening, there is hope that wage growth will gain steam. In a separate report on Thursday, the Labor Department said initial claims for state unemployment benefits dropped 13,000 to a seasonally adjusted 221,000 for the week ended May 26.

Economists polled by Reuters had forecast claims falling to 228,000 in the latest week. The labor market is viewed as being close to or at full employment. The jobless rate is near a 17-1/2-year low of 3.9 percent, within striking distance of the Fed’s forecast of 3.8 percent by the end of this year.

Labor market strength is likely to be underscored by May’s employment report, which is scheduled for release on Friday. According to a Reuters survey of economists, nonfarm payrolls probably increased by 188,000 jobs after rising by 164,000 jobs in April.