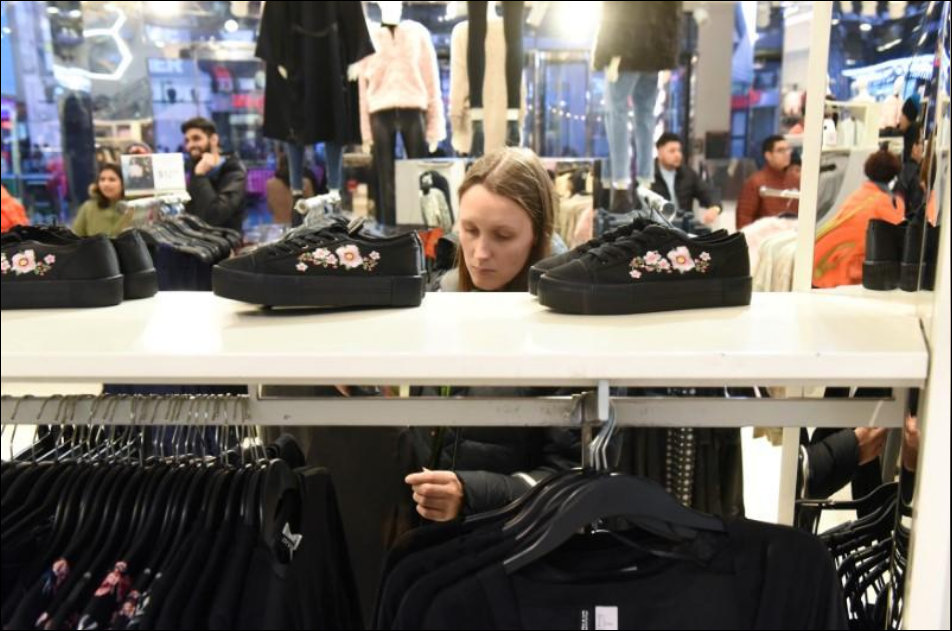 US retail sales increased more than expected in May as consumers bought motor vehicles and a range of other goods even as they paid more for gasoline, the latest indication of an acceleration in economic growth in the second quarter.

Other data on Thursday showed a further tightening in labor market conditions, with first-time applications for unemployment benefits unexpectedly falling last week and the number of Americans on jobless rolls declining to a near 44-1/2-year low.

The reports came a day after the Federal Reserve raised interest rates for a second time this year and offered an upbeat assessment of the economy. The US central bank described economic activity as “rising at a solid rate” and the labor market as continuing to “strengthen.” The Fed forecast two more rate hikes in the second half of 2018.

“In short, the Fed was right to upgrade its assessment of economic growth to ‘solid’ in yesterday’s statement,” said Paul Ashworth, chief US economist at Capital Economics in Toronto.

The Commerce Department said retail sales jumped 0.8 percent last month, the biggest advance since November 2017. Data for April was revised up to show sales rising 0.4 percent instead of the previously reported 0.2 percent gain.

Economists polled by Reuters had forecast retail sales rising 0.4 percent in May. Retail sales in May increased 5.9 percent from a year ago.

The strong retail sales report added to data ranging from the labor market to manufacturing and trade in suggesting the economy was regaining momentum in the second quarter after growth slowed at the start of the year amid a sharp step-down in consumer spending.

Based on the core retail sales data for April and May, economists said consumer spending was so far in the second quarter rising at an annualized rate of at least 3.5 percent. Consumer spending, which accounts for more than two-thirds of US economic activity, increased at an anemic 1.0 percent pace in the first quarter.

Another Commerce Department report showed a rebound in business inventories in April. Following Thursday’s data growth estimates for the April-June quarter were raised to as high as a 4.8 percent rate, which would be the best performance in four years.

The dollar rallied against a basket of currencies also as the European Central Bank signaled it would hold rates low through mid-2019. Prices for US Treasuries rose. Stocks on Wall Street were higher.

Retail sales are being underpinned by a $1.5 trillion income tax cut, which economists said was helping to blunt some of the hit to household budgets from pricey gasoline. A robust labor market is also lifting wage growth, supporting spending.

In a separate report on Thursday, the Labor Department said initial claims for state unemployment benefits dropped 4,000 to a seasonally adjusted 218,000 for the week ended June 9.

Economists had forecast claims rising to 224,000 in the latest week. The number of people receiving benefits after an initial week of aid declined 49,000 to 1.70 million in the week ended June 2, the lowest level since December 1973.

“The claims data suggest that the labor market is healthy and that job growth will remain strong,” said Daniel Silver, an economist at JPMorgan in New York.

The labor market is considered to be close to or at full employment, with the jobless rate at an 18-year low of 3.8 percent. The unemployment rate has dropped by three-tenths of a percentage point this year. It is near the Fed’s forecast of 3.6 percent by the end of this year.

Layoffs have remained very low amid signs of growing worker shortages across all sectors of the economy. There were a record 6.7 million job openings in April. The number of unemployed people per vacancy slipped to 0.9 from 1.0 in March, indicating that most people looking for a job are likely to find one.

Prices at the pump have risen by 15.5 percent this year, according to US Energy Information Administration data.

There were also hefty gains in sales at restaurants and bars as well as general merchandise stores, but receipts at furniture stores fell 2.4 percent, the largest drop since December 2013.

Consumers also continued to cut back on spending on sports and hobbies.