BUSINESS US consumer spending up strong 0.6 percent in October

US consumer spending up strong 0.6 percent in October 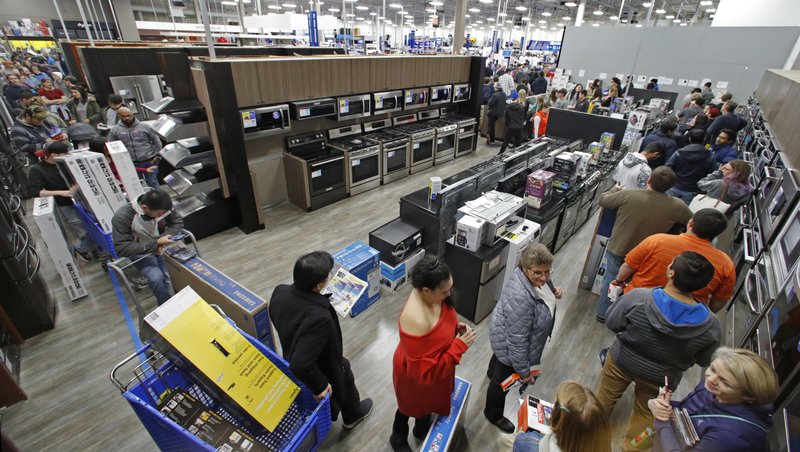 Consumers boosted their spending in October at the fastest pace in seven months, while their incomes rose by the largest amount in nine months — both good signs for future economic growth.

Consumer spending rose a sharp 0.6 percent last month, the Commerce Department reported Thursday. It was the biggest increase since a similar gain in March and was three times faster than the 0.2 percent September performance. Incomes, which provide the fuel for spending, were up 0.5 percent in October, a significant pickup from a 0.2 percent September gain.

A key gauge of inflation tied to consumer spending posted a 2 percent rise in October compared to a year ago, hitting the annual target for inflation set by the Federal Reserve.

Excluding volatile food and energy costs, inflation has posted a 12-month gain of 1.8 percent in October, down from a 1.9 percent September advance.

Analysts predicted that inflation will head even lower in coming months as energy prices fall, a development that should boost consumer spending by giving households more to spend on other items.

“With the collapse in gasoline prices likely to provide a sizeable boost to households’ purchasing power over the next couple of months, the outlook for consumption remains positive, even with the boost from the earlier tax cuts now fading,” said Paul Ashworth, chief US economist with Capital Economics.

Federal Reserve Chairman Jerome Powell ignited a big rally on Wall Street on Wednesday with a speech which investors read as a signal that the central bank may slow the pace of interest rate hikes next year. The Fed has boosted rates three times this year and is expected to increase rates a fourth time in December.

President Donald Trump has been vocal in his criticism of those rate hikes, blaming them for the big drop in stock prices over the past two months and arguing that they were not needed given that inflation is under control.

Both the climbs in spending and income were stronger than economists had been forecasting.

Consumer spending is closely watched because it accounts for 70 percent of economic activity. The government reported Wednesday that the overall economy, as measured by the gross domestic product, grew at a 3.5 percent rate in the July-September quarter. Economists are looking for GDP growth to slow to around 2.5 percent in the current quarter. But for the year, they expect GDP will grow by around 3 percent, the strongest performance in 13 years.

The rise in spending reflected strong gains in purchases of durable goods, items such as autos expected to last at least three years, and non-durable goods and services such as utility payments. After adjusting for inflation, the spending increase was a still-strong 0.4 percent, up from a tiny 0.1 percent inflation-adjusted rise in September.

The advance in personal incomes included a 0.3 percent rise in wages and salaries.

The faster increase in spending compared to income growth left the saving rate at 6.2 percent of after-tax income, down slightly from 6.3 percent in September.