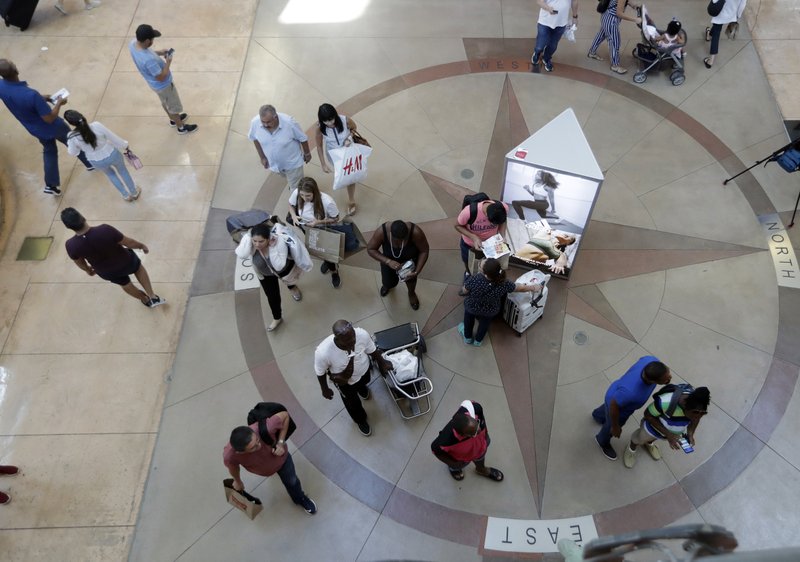 US consumer confidence tumbled this month to its lowest reading in a year and a half, tested by the partial government shutdown and roiling financial markets. Still, consumer spirits remain robust by historic standards.

The Conference Board, a business research group, said Tuesday that its consumer confidence index fell to 120.2 in January, down from 126.6 in December and the lowest level since July 2017.

The government reopened Monday after the 35-day shutdown, the longest federal closure in US history. The shutdown is expected to cause slight permanent harm to the economy — about $3 billion — according to a new government report.

The January decline in consumer confidence “is more the result of a temporary shock than a precursor to a significant slowdown in the coming months,” said Lynn Franco, the Conference Board’s senior director of economic indicators. He noted that “shock events” such as government shutdowns “tend to have sharp, but temporary, impacts on consumer confidence.”

The US economy is healthy. Economic growth clocked in at a brisk 3.4 percent annual pace from July through September after surging 4.2 percent in the second quarter. At 3.9 percent, the unemployment rate is near its lowest level in five decades.

The US stock market is steadier after its wild gyrations and heavy losses late last year. Still, investors have a lot to worry about. The Federal Reserve has gradually been raising interest rates. A government report issued Monday predicts that US economic growth will slow as the effects of President Donald Trump’s tax cuts for businesses begin to drop off. The Congressional Budget Office report sees the economy growing by 2.3 percent this year, a marked slowdown from 3.1 percent in 2018.

Global growth is sputtering. And the US and China — the world’s two biggest economies — are locked in a trade war that threatens to disrupt global commerce.

On Monday, the Trump administration unveiled criminal charges against the Chinese tech giant Huawei, complicating high-level talks set to begin Wednesday in Washington that are intended to defuse the trade war. The Justice Department alleged that Huawei had violated US sanctions against sales to Iran and stolen trade secrets from telecom company T-Mobile, a US partner. Those charges cut to the heart of some of the administration’s key complaints about China’s trade practices.

Analysts said the trade talks would likely proceed, but reaching any substantive agreement would probably be harder. And unless the two sides can forge some sort of accord by March 1, US tariffs on $200 billion of Chinese imports are set to rise from 10 percent to 25 percent.