BUSINESS US consumers would pay $4.4 bln more for apparel with additional tariffs

US consumers would pay $4.4 bln more for apparel with additional tariffs 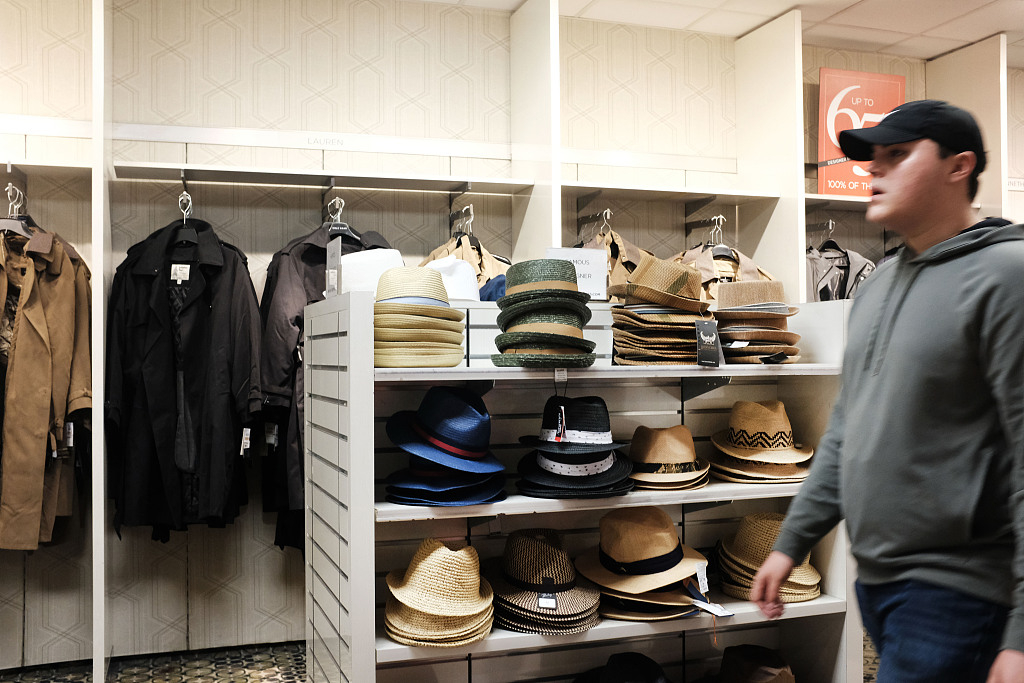 Chinese made hats are displayed for sale at a Manhattan department store on May 7, 2019 in New York City. (Photo: VCG)

The threatened 25 percent tariff hike on an additional 300 billion U.S. dollars worth of Chinese imports would make U.S. consumers pay 4.4 billion dollars more each year for apparel, a study released on Friday showed.

The study estimates the impacts of proposed tariff increases by the United States on categories including apparel, footwear, toys, household appliances, furniture, travel goods and television. It was commissioned by National Retail Federation (NRF), a renowned U.S. retailer association, and was prepared by the Trade Partnership Worldwide.

Low income families would be particularly affected when buying apparel, the study showed. They spend three times as much of their after-tax income on apparel and services as do high-income households.

While U.S. apparel manufacturers would see revenues grow by about 620 million dollars, each new dollar of revenue costs consumers more than 7 dollars in new out of pocket expenses.

"After accounting for domestic manufacturing gains and new tariff revenue, the result is a net 2.2 billion dollars' loss for the U.S. economy, with the burden carried by U.S. consumers," the report said.

As for the toy industry, China is the largest supplier. The report said China accounts for more than 88 percent of the supply of toys to the U.S. market while the U.S. producers are estimated to account for less than 1 percent.

"Overall U.S. prices for toys generally (from all sources combined) would rise by 17 percent. As a result, U.S. consumers are forced to reduce overall purchases by 32 percent," the report estimated.

As part of monthly consumer surveys conducted by Prosper Insights & Analytics, NRF has been tracking the public's growing concern over trade disputes between the United States and its major trading partners.

The June survey found 81 percent of consumers are "concerned the ongoing trade war will cause prices to increase," a 12 percent increase since November 2018, according to the federation.