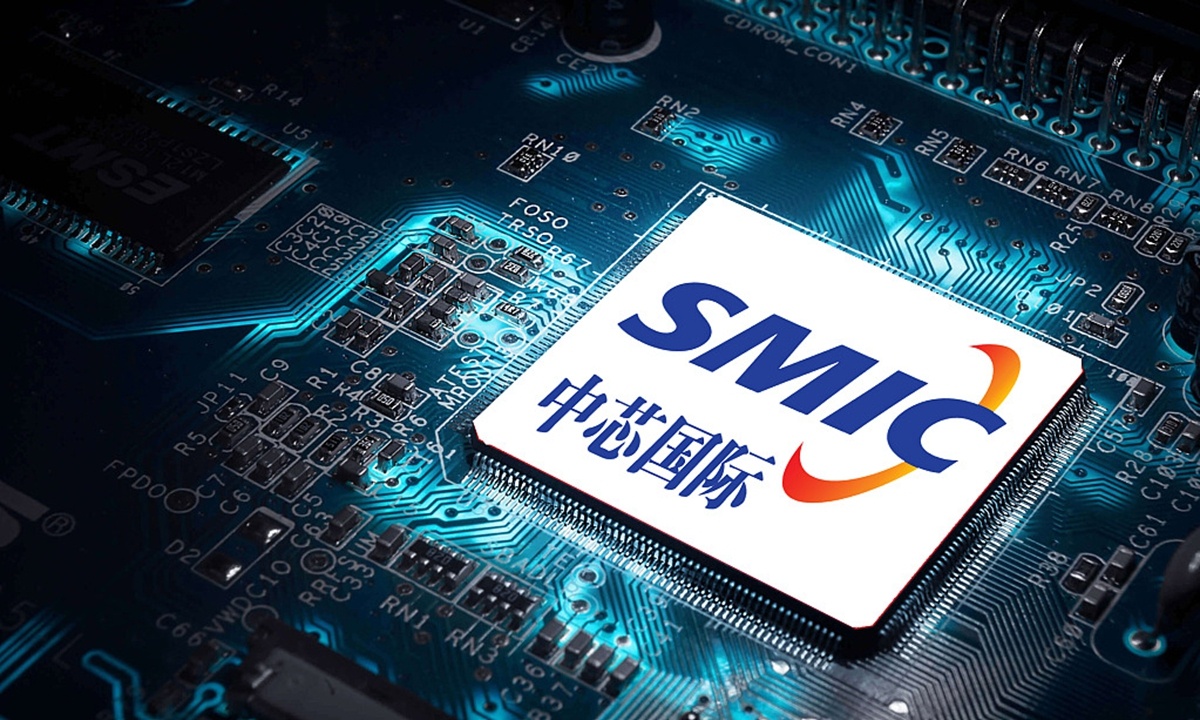 The US government's relentless and groundless restrictions on China's high-tech sector, an attempt to thwart the latter's rapid growth, will not succeed and the US will pay the costs for such bullying behavior, Chinese experts said on Tuesday.

Chinese chipmaker Semiconductor Manufacturing International Corp (SMIC) reiterated in a statement on Monday that the company has no relationship with the Chinese military and does not manufacture products for military users — it only provides products and services for civilian and commercial end-users.

The company said it has not received any official notification that it had been sanctioned by the US government.

SMIC's shares sank on Monday by 7 percent on the Shanghai Stock Market to 49.94 yuan ($7.33) after Western media reports said over the weekend that the US is considering imposing export controls on the company.

Its shares edged up 0.3 percent on the Shanghai bourse to 50.09 yuan on Tuesday.

Reuters reported that the US has imposed fresh restrictions on exports to SMIC after concluding there is an "unacceptable risk" that the equipment supplied to the Chinese company could be used for military purposes, citing a letter from the US Commerce Department on Friday.

The Commerce Department had not publicly released the document as of press time.

As China's largest chipmaker, SMIC is crucial to the country's goal of fostering a self-sufficient domestic chipmaking industry.

Despite a huge gap with Taiwan Semiconductor Manufacturing Co, the world's largest contract chipmaker, which is planning to produce 5-nanometer chips in volume within this year, SMIC is catching up quickly, having been able to improve the yield rate of its 14nm manufacturing node.

Richard Chang, founder and former CEO of SMIC, said in a speech in August that when the US cannot compete with other countries, it resorts to administrative means.

From blacklisting Chinese telecommunications giant Huawei to issuing executive orders to ban Chinese apps TikTok and WeChat, the US has resorted to abusive administrative approaches to contain Chinese firms.

If the ban on SMIC is implemented, which appears highly likely, it indicates that the US is expanding the scale of its clampdown on Chinese high-tech firms at its own pace, said Zhang Xiaorong, director of the Beijing-based Cutting-Edge Technology Research Institute.

The semiconductor sector is the focal point of the US technology restrictions on China, because there are no other areas where the US can put a stranglehold on China.

Wang Chao, founder of the Wenyuan Institute for Politics and Economics, a Beijing-based think tank, told the Global Times on Tuesday that threatening to blacklist companies is the US government's old trick, citing "sins" that came out of nowhere.

"But if SMIC is put onto the US blacklist, the impact will be tremendous and disastrous for the firm because in the chip foundry sector, it's hard to avoid US technologies, ranging from design software to lithography machine technology," Wang noted.

The US' unreasonable squeeze on the Chinese semiconductor industry, which is a crucial sector for the development of almost all advanced technologies such as 5G, could pose serious challenges to Chinese companies and the entire industry in the short term. Meanwhile, it will cause uncertainties for the global electronic industry chain, according to Zhang.

For example, as SMIC works closely with companies around the world, including in the US, the potential damage and disruption that the US restrictions will cause will be global.

"In the long run, it will also act as a wake-up call to promote the gradual rise of high-quality technology firms in China under pressure," Zhang noted.

Suzhou Crystal Clear Chemical Co, a domestic enterprise that produces and sells ultra-pure chemical materials and other fine chemical products for the microelectronics industry, said in a filing on Tuesday that the company plans to import ASML lithography equipment from SK Hynix, a South Korean memory semiconductor supplier, through Singlest Technology, at a total cost of $110.25 million in order to develop high-end photoresist research and development projects for integrated circuit (IC) manufacturing.

In July, the State Council, China's cabinet, announced support policies for the IC and software sector, including massive tax cuts, financial aid and other support to help companies develop technologies and attract talent.

The development of a third-generation semiconductor sector will reportedly also be included in the upcoming 14th Five-Year Plan (2021-25), which will guide China's economic and social policies.