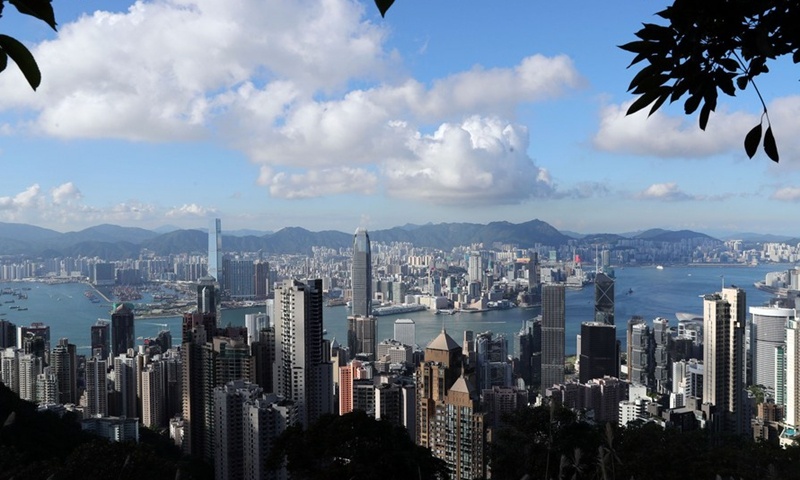 The US' order that requires Hong Kong products to be relabeled as "Made in China" is a "discriminatory and unjust" requirement motivated by political reasons, and violates WTO rules, the Hong Kong Special Administrative Region (HKSAR) government said Friday.

Edward Yau, the Secretary for Commerce and Economic Development of the HKSAR government, was quoted as saying in a statement that the US' order is a discriminatory and unjust requirement motivated by political reasons unrelated to a proper determination of the place of origin of goods as required under the various WTO covered agreements.

"This approach, if accepted, would undermine the critical role that accurate origin determination plays within the rules-based multilateral trading system," he said. He said that this would put Hong Kong enterprises at a competitive disadvantage compared with other WTO members.

Yau reiterated that the city as a separate customs territory can use the name "Hong Kong, China" to participate in relevant international organization and international trade agreements, and its special status has been widely recognized by the international community.

The US customs announced in August 2020 that Hong Kong's US-bound exports would be re-stamped as "Made in China" in a move that ended the city's special treatment under the Hong Kong Policy Act of 1992.

Hong Kong made the first arbitration request in January and the WTO agreed in February to set up a dispute resolution panel on the case. The panel is considering the written submissions by the HKSAR, the US as well as 13 other WTO members who have reserved their rights to join as third parties.