BUSINESS US dollar to weaken further in 2021 due to unfavorable macro trends: experts

US dollar to weaken further in 2021 due to unfavorable macro trends: experts 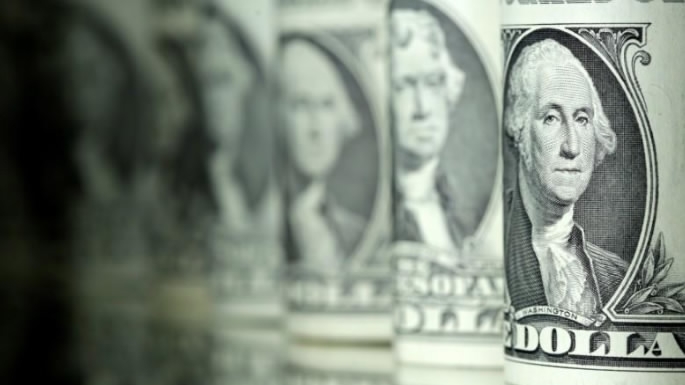 NEW YORK, Nov. 18 (Xinhua) -- The U.S. dollar is expected to drift lower in 2021 amid anticipated global economic recovery as well as continuous low interest rate and rising deficit in the United States, experts have said.

It looks like that the U.S. dollar is topping out and maybe is already in the process of transitioning now, Phillip Colmar, managing partner on global strategy with MRB Partners, said on Wednesday.

Speaking at an online panel discussion, Colmar said it is obvious that the U.S. dollar doesn't have valuation support going forward and the currency is already overvalued due to safe-haven demand in the middle of a recession.

The U.S. dollar would weaken in 2021 due to a recovering global economy and a diminished interest rate differential between the United States and other countries, according to a report issued by United Bank of Switzerland (UBS) AG on Tuesday.

"The U.S. dollar index has already dropped close to 10 percent from its highs in March 2020, and we anticipate renewed weakness in 2021," the UBS report said.

The United States would continue to have a large fiscal deficit and U.S. private sector savings are starting to fall, exacerbating external funding requirements, according to the report.

Additionally, a recovering global economy and heightened focus on U.S. indebtedness are likely to reduce safe-haven demand for the U.S. dollar, it said.

To position for a weaker U.S. dollar, investors could diversify into other developed economies' currencies, high-yielding currencies in Asia as well as Russian ruble, said Solita Marcelli, chief investment officer for the Americas at UBS Global Wealth Management, on Tuesday.

Colmar said that the general downward drift of real trade-weighted dollar exchange rate in the last few decades coincides with the relative economic importance of the United States in the world.

As the share of U.S. nominal GDP as a percentage of global GDP slowly erodes, then the U.S. dollar becomes less relevant and should be priced less aggressively, said Colmar.

Colmar noted that there is no alternative present to the U.S. dollar and the world is sort of transitioning from one world reserve currency to more of a basket-based approach.