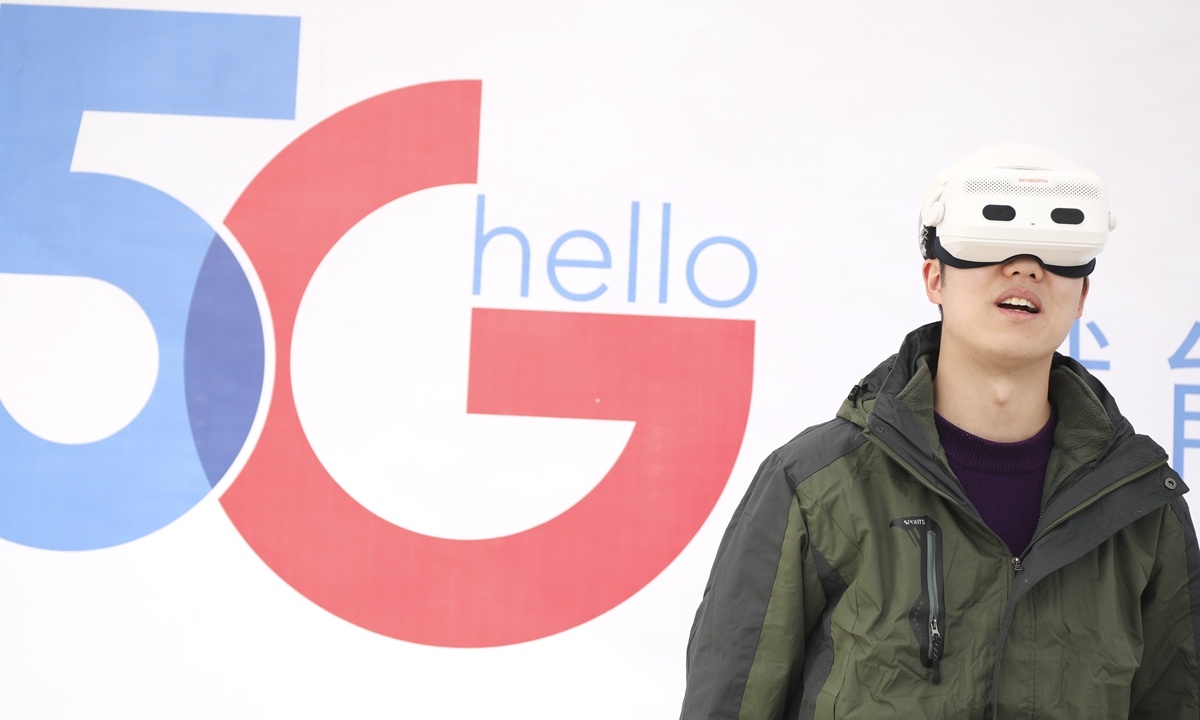 A person in Tonglu, East China's Zhejiang Province, wears virtual reality glasses in the city square to experience the technology, which is based on 5G networks. Photo: cnsphoto

The Chinese Foreign Ministry has criticized the US for abuse of power in cracking down on foreign companies, saying that this economic bullying cannot stop the development of Chinese firms.

The remarks came in response to US Secretary of State Mike Pompeo's tweet claiming the US has turned the tide on China's 5G master plan.

"We have repeatedly pointed out that some US politicians have generalized the concept of national security and abused national power to suppress foreign companies," Wang Wenbin, spokesperson of the Foreign Ministry, said on Thursday.

Wang added that the true purpose of the US is to maintain its monopoly in science and technology, an act of economic bullying that is damaging market competition and international economic trade, and affecting the stability of the global supply chain.

The so-called Clean Network Program of the US is another type of coercive transaction, which will only provoke resistance from other countries, Wang noted.

Wang said the US economic bullying cannot stop the development of Chinese firms, citing data that China has built a total of 718,000 5G base stations, making it the world's largest 5G network.

During the past year, China has become the world's No.1 in 5G gear rollout, and some top-tier cities including Shenzhen and Beijing have achieved full 5G coverage.

As of June, the country had used more than 400 innovative 5G applications in areas including transportation and medicine, and more than 600 industrial projects that harness 5G technology.

Shipments of 5G-enabled phones accounted for 60 percent of total smartphone shipments in September, according to the China Academy of Information and Communication Technology, a research institute under the Ministry of Industry and Information Technology.