BUSINESS US economic growth could lose momentum in 2019

US economic growth could lose momentum in 2019

By He Fei | Global Times

There are compelling reasons to believe that the US economy is less likely to continue on a robust growth path this year. 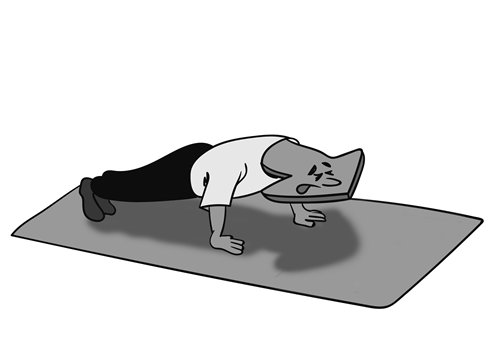 The US economy's strong growth in 2018 was mainly attributed to the Donald Trump administration's substantial tax cut package. Thanks to the stimulus provided by the tax cuts, personal consumption spending and private investment turned out to be the main forces pulling up economic growth.

Out of the four categories, personal consumption spending and private investment contributed a combined 146 percent to GDP growth. The two of them would continue to prop up US economic expansion in 2019. Nonetheless, as the effects of tax cuts on growth diminish and the Trump administration would find it hard to announce further tax cuts, the two sources of growth will slowly lose momentum, resulting in a slowdown in economic growth.

Meanwhile, the fiscal fallout from tax cuts, trade protectionism, Federal Reserve's resolve to raise interest rates, among other issues, will have a negative impact on overall economic growth. In specific terms, the tax cuts would worsen the fiscal picture, blowing a hole in the deficit and increasing debt levels so as to weigh on long-term growth.

The delayed impact on US growth of imposing tariffs will also gradually emerge. With US importers no longer rushing to fill inventories, a conspicuous decline in inventory investment will put a drag on the US economy.

Furthermore, the Fed has hiked interest rates nine times since the start of its current rate-hiking cycle in December 2015. Along with the pileup of rate increases, financial tightening would appear to also inhibit economic growth. As a consequence, business investment and expansion would be limited owing to rising fundraising costs, and consumers' demand for houses and their spending on durables - both sensitive to interest rate changes - are on course to gradually weaken.

It is anticipated that the US economy would be at a turning point in terms of expansion in 2019 and the economy might begin to see signs of fatigue in the second half of the year.

Some forward looking data has already provided some clues. The US Manufacturing Purchasing Managers' Index (PMI) from the Institute for Supply Management ended the past year in expansion mode, but the PMI reading for December tanked to 54.1 from 59.3 in November. A sub-index of new orders plunged to 51.1 in December from the previous month's 62.1, while the import sub-index fell to 52.7 in December, the lowest level since May 2017. In addition, the Conference Board Consumer Confidence Index, a gauge of confidence among US households, dropped to 128.1 in December, falling for a second consecutive month.

Nevertheless, it is less likely that the US economy will stall, taking into account mild inflation, relatively stable employment, a well-performing housing market and reasonable household debt levels. For example, in the 12 months through November, the US Consumer Price Index (CPI) rose 2.2 percent, slowing from the previous month's 2.5 percent increase. The US jobless rate also held at a 49-year low of 3.7 percent in November. All these indicate the cycle of expansion in the US may hit a new record, exceeding the longest-ever period of expansion which lasted 120 months. This also indicates that the current period of expansion might be coming to an end.

It is also noteworthy that an innovation-driven growth model and the Fed's flexibility in policy fine-tuning would still be underpinning the economy's continued growth. For one thing, the innovation-oriented growth model drives momentum for the economy's sustainable development. According to the US National Science Foundation's Science and Engineering Indicators 2018 report, the US still took a lead in global research and development spending at $496 billion, accounting for 26 percent of the global total. In another sign, the US topped the Forbes' annual ranking of the world's 100 most innovative companies in 2018, with 51 US companies making the list and eight US firms among the top 10 most innovative. For another, flexibly policy tweaks would help in flattening economic fluctuations. The Fed's policymaking meeting in December hinted at a possible slower pace of rate hikes in 2019. Fed Chair Jerome Powell's recent dovish comments are believed to send an additional signal reinforcing the idea, thereby easing concerns in the market over rate hikes causing a rapid slowdown in growth.

The author is a senior research fellow with the Bank of Communications.