BUSINESS US economy contracts 31.4% in Q2 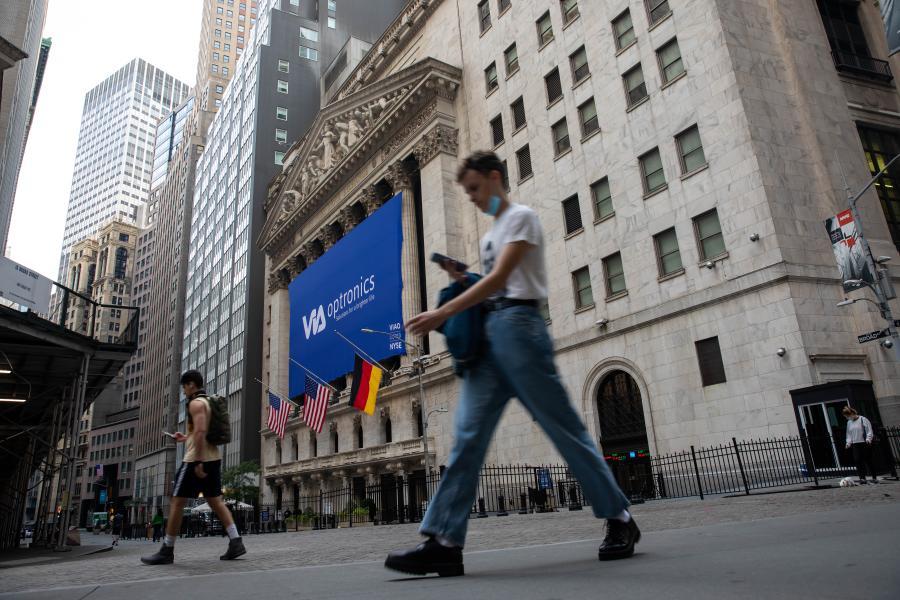 The latest data released Wednesday showed that the U.S. economy contracted at an annual rate of 31.4% in the second quarter, with an uncertain path to recovery amid efforts to control the COVID-19 pandemic.

According to the Commerce Department's third and final estimate, U.S. real gross domestic product (GDP) is 0.3 percentage point higher than the estimation of 31.7% one month ago. The "advance" estimate released in late July recorded a decline of 32.9%.

"Though there was a small upward revision to the third estimate of second-quarter U.S. GDP, the economy still tanked because of the COVID-19 crisis and efforts taken to contain it," Ryan Sweet, a senior director at Moody's Analytics, wrote in an analysis.

Despite the revision, the economic decline in the second quarter was the largest since the U.S. government began keeping records in 1947.

The latest estimate primarily reflected an upward revision to personal consumption expenditures (PCE) that was partly offset by downward revisions to exports and to nonresidential fixed investment, according to the report released by the Commerce Department's Bureau of Economic Analysis.

In the first quarter of 2020, U.S. economy shrank at an annual rate of 5%, signaling an end to a decade-long economic expansion following the global financial crisis.

Roughly 22 million people were laid off in March and April amid COVID-19 shutdowns, pushing up unemployment rate to double digits. As businesses gradually reopen, about half of those jobs have been regained.

Economists and Federal Reserve officials believe that the U.S. economy will rebound in the third quarter, but some have warned that the path ahead continues to be uncertain and depend on the course of the pandemic.

In a Congressional hearing last week, Fed Chairman Jerome Powell told lawmakers that a full recovery is likely to come only when people are confident that it is safe to re-engage in a broad range of activities.

The United States has recorded more than 7.19 million confirmed COVID-19 cases and over 206,000 deaths as of Wednesday afternoon, according to a real-time tracking tool developed by Johns Hopkins University.

A recent CNN report showed that 21 U.S. states are still reporting increased numbers of new COVID-19 cases, most of them in the West, with health experts warning of a potential coronavirus surge in the fall and winter.

"The path forward will depend on keeping the virus under control, and on policy actions taken at all levels of government," said Powell, noting that the recovery will go faster if there is further fiscal stimulus.

Meanwhile, lawmakers remain deadlocked on the next round of relief bill roughly two months after the extra 600-U.S.-dollar per week federal unemployment benefits -- part of a 2-trillion-dollar relief package approved by Congress in late March -- expired at the end of July.

Amid mounting pressures to roll out an aid package, Democratic and Republican leaders have repeatedly blamed the other side for the lack of progress on the negotiations.

U.S. House Speaker Nancy Pelosi and Treasury Secretary Steven Mnuchin resumed their talks earlier this week over a 2.2-trillion-dollar relief package newly proposed by House Democrats, which is a scaled-back package of a 3.4-trillion-dollar proposal the Democratic-held House passed in May.

However, some Senate Republicans have signaled that they're not willing to support any package that costs over 1.5 trillion dollars to salvage the economy reeling from the pandemic.

Sweet noted that even though most signs point toward a rebound in the third quarter, after the initial bounce "there will be a lull in this recovery as the secondary effects of the recession kick in."

Built into the U.S. baseline forecast is the assumption a COVID-19 vaccine or effective therapeutic is available in the first quarter of 2021, but this assumption is subject to "significant uncertainty," he said.

"Also baked into the forecast is additional fiscal stimulus, but with each passing week the potential for another much needed stimulus has dimmed," Sweet said, adding that Moody's Analytics' subjective odds of fiscal stimulus being passed before the election are 40%.

Eric Rosengren, president of the Federal Reserve Bank of Boston, recently warned that a second wave of COVID-19 infections in the fall and winter and the lack of further fiscal aid could make the U.S. economic recovery more gradual than hoped.

While additional fiscal aid is probably the more effective tool to support the economic recovery at this time, it seems "increasingly unlikely" to materialize anytime soon, the Fed official said.