BUSINESS US economy contracts 5.0 pct in Q1 in final estimate

US economy contracts 5.0 pct in Q1 in final estimate 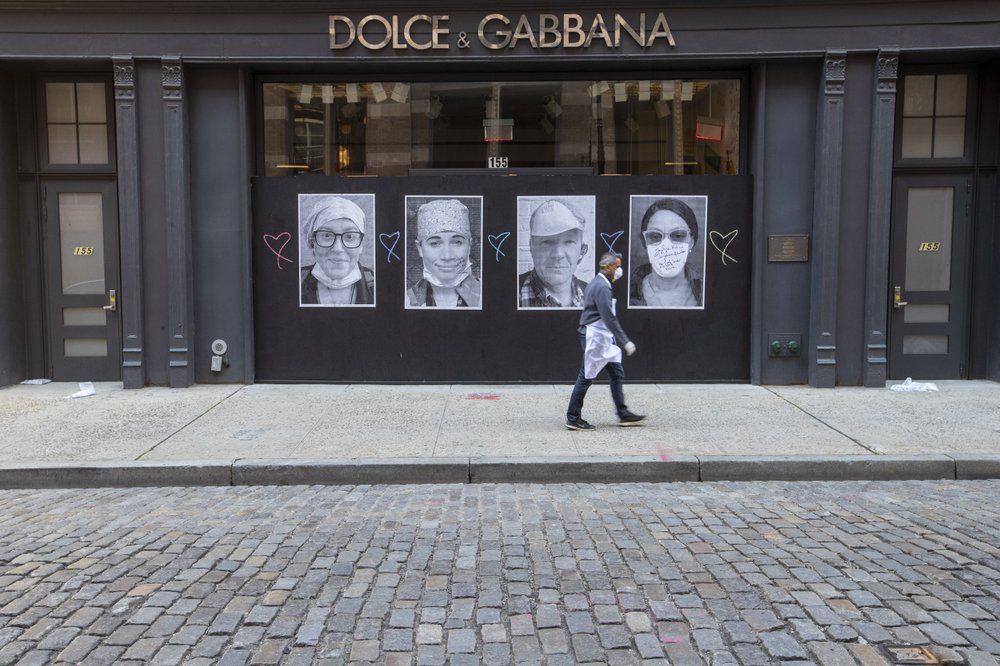 A man wearing a face mask to protect against the coronavirus walks past a closed Dolce & Gabbana store, Thursday, May 7, 2020, in the Soho neighborhood of Manhattan in New York. (File photo: AP)

WASHINGTON, June 25 (Xinhua) -- U.S. economic activity in the first quarter (Q1) contracted at an annual rate of 5.0 percent in the third, or final estimate, unrevised from the second estimate, the U.S. Commerce Department reported Thursday.

With the third estimate, an upward revision to nonresidential fixed investment was offset by downward revisions to private inventory investment, personal consumption expenditures (PCE), and exports, the report showed.

The estimate of 5.0-percent contraction is 0.2 percentage point lower than the advance estimate, according to the report.

The decrease in real gross domestic product (GDP) in the first quarter reflected negative contributions from PCE, private inventory investment, exports, and nonresidential fixed investment that were partly offset by positive contributions from residential fixed investment, federal government spending, and state and local government spending, the report showed. Imports, which are a subtraction in the calculation of GDP, decreased.

Noting that the lockdown of the economy, which occurred in most states, did not really start to take effect until mid-March or early April, analysts believe that the second-quarter GDP decline will be much deeper.

Several U.S. states have recently seen an uptick in COVID-19 cases as businesses continue to resume operations across the nation, casting a shadow over the current path to reopening and raising uncertainty over the prospect of economic recovery.

The International Monetary Fund (IMF) on Wednesday revised down its forecast for the global economy amid the mounting COVID-19 fallout, projecting a 4.9-percent contraction in 2020. The U.S. economy is expected to shrink 8 percent this year, according to the report.