BUSINESS US economy expected to contract through Q2

US economy expected to contract through Q2 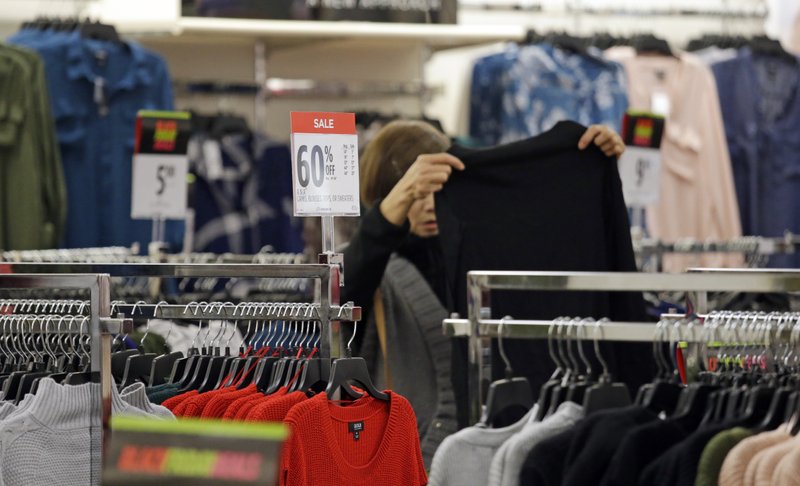 Washington (People's Daily) - The US economy has been hit hard. Since the COVID-19 pandemic, US stocks have repeatedly melted, unemployment has soared and many industries have "shut down." Economists have predicted that as the US economy enters a recession, even if the economy is reignited, recovery would be limited.

US economy has entered recession

The US economy has entered a recession and is expected to contract in the first half of this year before rebounding in the second half, according to a survey of economists released by the National Association of Business Economics on Thursday.

“NABE Outlook Survey panelists believe that the US economy is already in recession and will remain in a contractionary state for the first half of 2020, as the COVID-19 pandemic severely restricts economic activity,” said NABE President Constance Hunter.

Meanwhile, according to the latest data from the US Department of Labor, over 16 million Americans have applied for unemployment benefits in the past three weeks.

Kristalina Georgieva, the Manager Director of the International Monetary Fund (IMF), said recently that the global economy will experience the worst recession since the Great Depression. The economists told People’s Daily that the US economy is in recession conclusion due to the pandemic.

“The whole world is now in recession. It is very deep." Dr. Joseph Gagnon, senior fellow of Peterson Institute for International Economics, told People’s Daily that the unemployment rate is caused by the health measures to fight coronavirus.

Since the outbreak, the US administration and Congress have launched three stimulus packages, with the latest reaching $2.2 trillion, providing loans and distributing cash to enterprises and individuals. It was reported that Congress is discussing a fourth stimulus plan. AP reported that House Speaker Nancy Pelosi told Democrats the fourth plan would see an increase of at least another $1 trillion.

Meanwhile, US debt has soared. Data from April 12 revealed the total size of US Treasury bonds exceeded $24 trillion, a record high. Wells Fargo issued a report that pointed out that with the subsequent large-scale debt financing of the US to promote the implementation of the new fiscal stimulus plan, the fiscal budget deficit 2020 would increase to $2.4 trillion, accounting for 11.2 percent of US GDP.

The Fed announced it would provide loans of up to $2.3 trillion to help American families, businesses, state and local governments respond to COVID-19 and support the national economy.

Fed Chairman Powell said the top priority is to resolve the public health crisis, and the Fed is “doing all we can” to support the US economy through the novel coronavirus. The central bank had already slashed rates to near zero in mid-March. However, some analysts believe that the above measures have also allowed the Fed's balance sheet to expand which may cause it to exceed $9 trillion by the end of 2020.

“The central bank was doing its best to telegraph the message that it is very much on the case of the COVID-related crisis in the US economy," said Stephen Roach, a senior fellow at Yale University's Jackson Institute of Global Affairs and a senior lecturer at Yale's School of Management, adding that the Fed had previously indicated it was essentially adopting an open-ended quantitative easing campaign that would remain in place until the economy was back on strong footing. This latest announcement by the Fed didn’t change the scale of that promise.

Unlike the previous financial crisis, the root of the current market volatility is the pandemic. Economic stimulus bills only provide temporary relief, and do not offer any solutions to the ongoing crisis.

US Congress and the Fed have taken extraordinary measures to relieve the economic pain of businesses closing. The size of the measures is roughly consistent with the overall need, said Joseph Gagnon.

US President Donald Trump has repeatedly expressed hope that business will resume in May. In response, Treasury Secretary Steven Mnuchin said the administration would take all necessary action to get US businesses and workers back to business, adding that businesses would receive the liquidity they need during the transition period.

“Growth is widely expected to resume in the second half of the year,” said Constance Hunter, who expects the US job market to improve gradually by the end of the year, supported by fiscal and monetary policies.

But wit lockdowns likely to persist in many areas of the United States and an “all clear” unlikely until the release of a vaccine, Stephen Roach sees America’s long-standing services, and consumption-based economy is likely to face a profound and lasting challenge.

Roach estimates that an enduring consumer-shock makes a “V-shaped” sharp rebound highly unlikely, prospects favor a more drawn-out and relatively limited rebound – the so-called “U-shaped” recovery over the next 12 to 18 months.