US economy showing signs of strain

The US economy is showing more signs of strain amid President Donald Trump's multi-front trade war, with a sharp slowdown in manufacturing and a pullback by American shoppers. 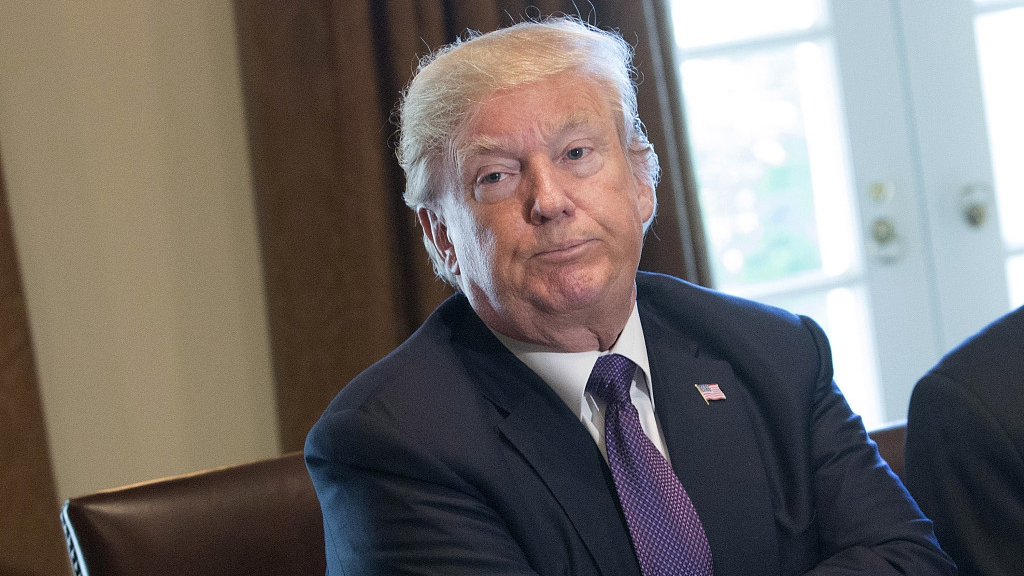 Some cooling was to be expected from the red-hot pace of the past year but the drop-off in manufacturing – especially in the struggling auto sector – was far worse than economists had expected.

He cited its 3.2 percent growth rate as proof the United States could weather the impact of his decision to more than double tariffs on $200 billion in Chinese goods to 25 percent as of May 10.

However, economists have long cautioned that the data include troubling signs that could point to a coming slowdown, especially as the short-term burst from the 2017 tax cuts fades away and higher tariffs bite.

US manufacturing declined sharply in April. More worrisome was the economy's total industrial output for the first three months of the year, which was much lower than originally reported, according to Federal Reserve data released Wednesday.

And retail sales fell 0.2 percent – the mirror image of the 0.2 percent gain economists had instead predicted – which like manufacturing was impacted by weak auto sales.

With the pain reflected across in multiple sectors, industrial output in the first quarter plunged 1.9 percent compared to the same period of last year, according to the latest data, revised from a dip of just 0.3 percent reported last month.

In April alone, total output fell 0.5 percent, driven by a decline of the same magnitude in manufacturing, as vehicle production continued to slip.

Economists had been expecting a 0.1-percent gain in industrial production for the month.

And the revised data show the sector is weaker than suggested by other closely-watched manufacturing data that have suggested slower growth rather than contraction.

"The trend in exports has certainly weakened, and likely not just because of trade tensions."

In the key manufacturing sector, industries that saw declines of more than two percent compared to March included motor vehicles and parts, machinery, and electrical equipment and appliances.

"What is clear is that manufacturing is struggling and, therefore, added uncertainty and tensions over tariffs is particularly unhelpful at this juncture," RDQ Economics said in an analysis.

Mining output, which includes oil and gas, rebounded after three months of declines, with a 1.6-percent increase in the month, while utilities output fell by 3.5 percent as heating demand declined with the warmer weather.

Industrial capacity in use in use in April continued its string of declines, dipping to 77.9 percent from 78.8 percent due to a dip in utilization for manufacturing, including another two-point decline in the troubled auto sector.

Economists noted that the retail sales data can be volatile and some expect a rebound in coming months but there are troubling elements.

"Consumers are showing some signs of weakness despite ongoing improvements in the labor markets," economist Diane Swonk of Grant Thornton said in a research note.

And she cautioned that consumers "at the low end of the income strata are particularly vulnerable to higher prices at the pump and the pending tariffs on China."