US employment won't recover to pre-pandemic levels until 2023: Fed official 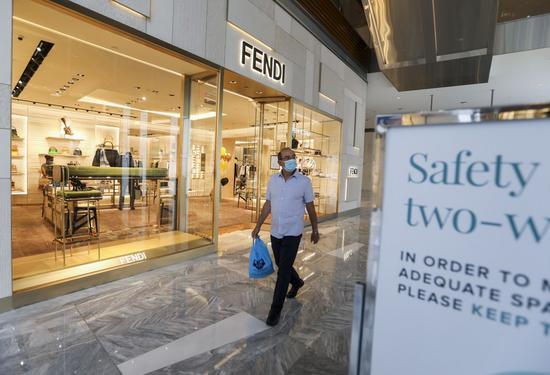 "The scenario of continued growth that I have presented depends on a sustained decline in the rate of new infections - probably a result of nearly universal mask-wearing, especially indoors - that ensures only sporadic new outbreaks," Patrick Harker, president of the Philadelphia Federal Reserve Bank, said at a virtual event held by the Official Monetary and Financial Institutions Forum.

"We're also assuming that a vaccine becomes widely available sometime mid to late next year. But COVID-19, as the world has learned all too painfully, is difficult to control," he said, adding the path of the economy largely depends on the path of the virus.

Even if the recovery continues and a new surge of the virus is avoided, segments like tourism and hospitality will remain subdued for a long time to come, presenting an overall drag on U.S. gross domestic product (GDP) and employment growth, Harker noted.

"Employment, unfortunately, probably won't be back to pre-pandemic levels until 2023," he said, urging U.S. lawmakers to consider providing additional fiscal support soon to blunt the economic impact of COVID-19.

Harker's remarks came after U.S. House Democrats on Monday unveiled a 2.2-trillion-U.S.-dollar COVID-19 relief package, which attempted to pressure the White House and Republicans to reach a deal before the presidential election in November.

House Speaker Nancy Pelosi and White House chief of staff Mark Meadows both said Tuesday they're hopeful they can reach an agreement on the COVID-19 relief package as the stalled talks resumed, according to local media.