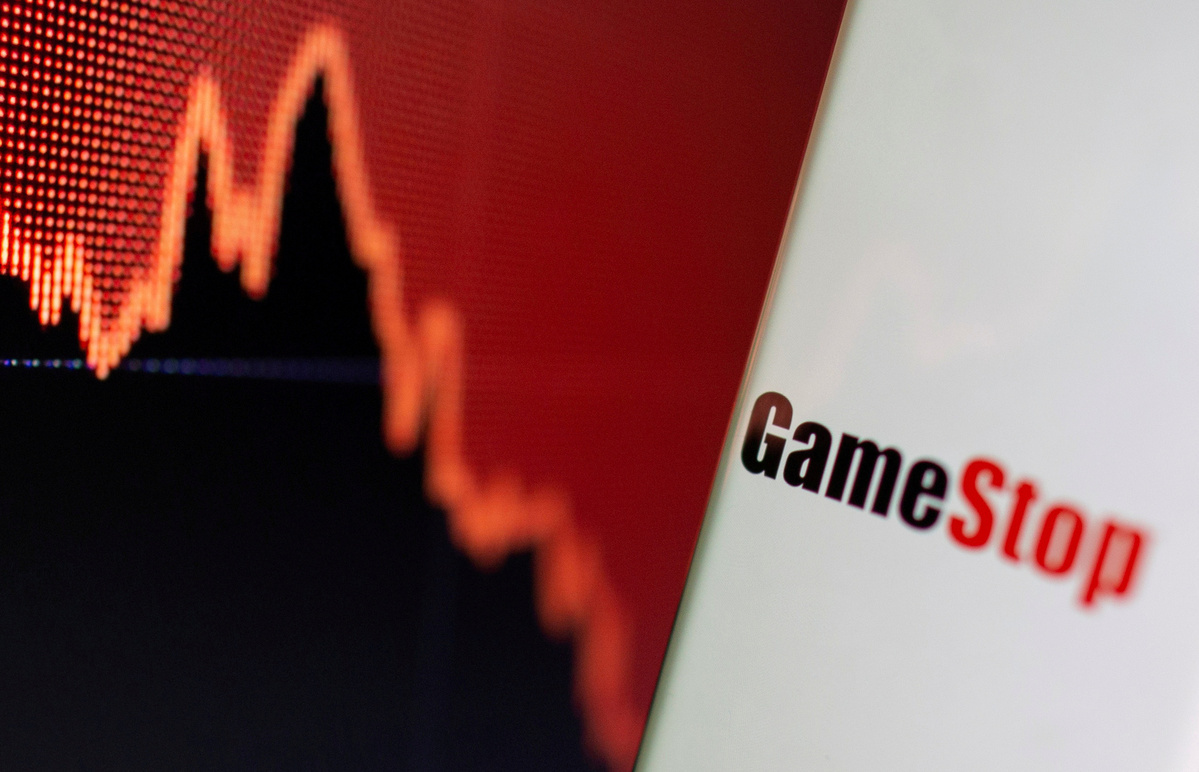 US stocks advanced considerably in the week as retail trading frenzy cooled and Wall Street expected that a slew of downbeat data could boost the possibility of additional stimulus.

For the week ending Friday, the Dow increased 3.9 percent, while the S&P 500 index and the Nasdaq added 4.7 percent and 6 percent, respectively. All three major benchmarks notched their best week since November.

The S&P US Listed China 50 index, which is designed to track the performance of the 50 largest Chinese companies listed on US exchanges by total market cap, logged a weekly jump of nearly 9 percent.

The mania around US brick-and-mortar video game retailer GameStop cooled, with the stock posting a weekly loss of 80 percent, after skyrocketing 400 percent in the prior week. The speculative retail trading had raised broad concerns over a bubble and financial stability, causing Wall Street to suffer their worst week since October in the final week of January.

"In my view, some of the bizarre behavior we're seeing in the market is a clear signal that investor enthusiasm is approaching a crescendo, which usually gives way to a correction of some kind to clear out some of the froth (and, unfortunately, wipe-out many over-risked and over-leveraged investors)," Mitch Zacks, CEO at Zacks Investment Management, said in a note on Saturday.

"My advice: avoid getting caught up in the swirl of rumors, chatrooms, sharp one day move, and hot stocks, and steady your investment ship to stay focused on a diversified portfolio of quality, earnings-generating companies," he said.

Meanwhile, newly-released data continue to indicate that spiral COVID-19 infections are threatening the US economic recovery.

US employers added just 49,000 jobs in January, after slashing a downwardly revised 227,000 jobs in December, the Labor Department reported Friday. The median estimates in a Bloomberg survey of economists called for a 105,000 gain in payrolls.

The weaker-than-expected jobs report indicated that the US economy is still struggling to recover due to the fallout of soaring COVID-19 infections.

"Another weak employment report underscores the challenges of reopening the economy while the bulk of the population is still vulnerable to COVID-19," Chris Low, chief economist at FHN Financial, said in a note on Friday.

"There is still an enormous amount of work to do to get back to maximum employment," he added.

In a separate report on Thursday, the Labor Department said US initial jobless claims, a rough way to measure layoffs, fell to 779,000 in the week ending Jan 30, following a downwardly revised 812,000 in the prior week. The reading was below the 830,000 estimate from economists surveyed by Dow Jones, but is still well above the pre-pandemic level.

Elsewhere, the Institute for Supply Management (ISM) said US manufacturing index slipped to 58.7 percent in January from 60.5 percent in the prior month. Economists surveyed by Dow Jones and The Wall Street Journal had forecast the ISM index to total 60 percent.

"The manufacturing economy continued its recovery in January," yet, "absenteeism, short-term shutdowns to sanitize facilities and difficulties in returning and hiring workers are continuing to cause strains that limit manufacturing growth potential," said Timothy Fiore, chair of the ISM's manufacturing business survey committee.

The United States has registered roughly 26.9 million confirmed COVID-19 cases with related deaths exceeding 461,000 as of Saturday afternoon, according to data compiled by Johns Hopkins University.