BUSINESS US equities plunge amid fears for escalation of trade tensions

US equities plunge amid fears for escalation of trade tensions 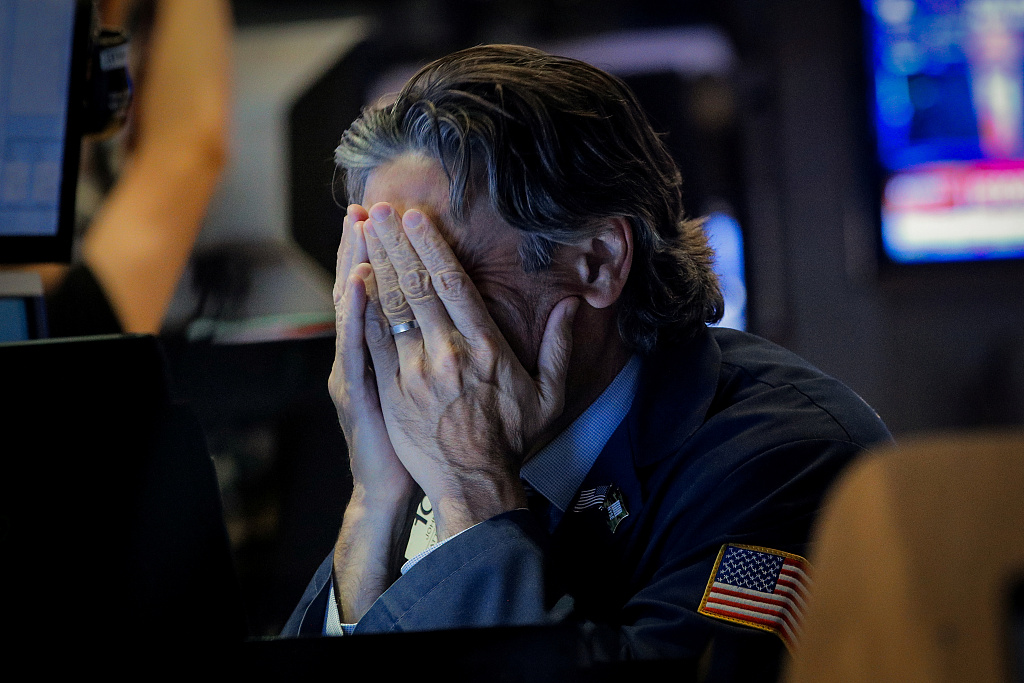 All three major indices dropped substantially, as the Dow erased 2.9 percent, the S&P 500 lost 2.98 percent, and the Nasdaq shed 3.47 percent.

The market has been closely monitoring the progress of ongoing U.S.-China trade talks, and Trump's threatened new tariffs ignited its worst fear that the trade tensions between the United States and China could further escalate, analysts said.

Trump tweeted Thursday that he would place an additional 10 percent tariff on the remaining 300 billion U.S. dollars worth of Chinese imports starting on Sept. 1.

In response, China said it would not rule out the possibility of levying additional tariffs on imported U.S. farm produce with deals made after Aug. 3, and the related Chinese companies have halted purchases of U.S. farm produce, according to the National Development and Reform Commission and the Ministry of Commerce Monday.

"We are seeing a lot of fears and people would rather take their money out of the market and wait and see what happens next," said Matthew Cheslock, an equity trader with Virtu Financial.

Cheslock said the uncertainty surrounding the bilateral trade tensions was one of the major factors that rattled the market. He said the contradictory messages that were sent out in a short period of time were adding to the uncertainty.

Analysts and industry insiders have warned that the threatened new tariffs could have a more direct impact on the U.S. economy.

Several U.S. industry associations have voiced their opposition to the White House's plan to impose more tariffs, arguing that such action will not facilitate negotiation but only hurt Americans.

Andrew Hunter, a senior U.S. economist, said in a note that the main economic damage the threatened new tariffs will cause is likely to be the upward pressure on domestic prices.

"With the remaining 300 billion U.S. dollars of Chinese goods including a far greater share of finished consumer products with few alternatives, like cell phones, computers and apparel, the new tariffs are likely to have a more significant impact on real incomes," said Hunter.

As the market reaction to Trump's announcement highlights, Hunter noted, there is also a risk that the indirect impact on financial conditions and business confidence becomes a serious drag.

"It's hard to say how much of the slowdown in business investment growth this year has been driven by trade uncertainty, but the prospect of further tariffs is clearly a reason to expect continued weakness over the coming quarters," he said.

Analysts have also pointed out the impact of trade tensions between the world's top two economies may have on globalization and world economy.

CNBC quoted Morgan Stanley strategists as saying that the latest round of tariffs, if implemented, would contribute to "slowbalization", or a continuation of lackluster growth, and could hasten a U.S. recession in as soon as three quarters.

Neil Shearing, Capital Economics' group chief economist, said in a note on Monday that lingering in the background of the tariff issue is a more fundamental concern, namely that the world may be witnessing the end of globalization.

"If so, the rapid increase in cross-border movement of goods, services, capital and people that has been the defining feature of the global economy over the past two decades may be about to reverse -- with macroeconomic implications that would extend well beyond the narrow impact of tit-for-tat tariffs," Shearing said.

Monday's plunge added to a sell-off that began last week when a combination of possible new tariffs on Chinese imports and the central bank not signaling aggressive monetary easing policy disappointed the market.

But Fed Chairman Jerome Powell said the central bank was making a "midcycle adjustment" and was not in a longer-term rate cutting mode.

Many of the investors who had been positioned for at least two more cuts this year alone was disappointed at Powell's comment as "midcycle adjustment" meant the Fed just wanted to protect against the concerns of a recession, said Cheslock.

He said the situation has changed since new tariffs were threatened. The Fed was talking about insurance cut before but "now we may be in the prolonged rate-cut environment if this trade war continues and if we are going into recession. The market is really scared now."

Cheslock added that the fear is going to trickle down all the different sectors including retail, technology, industrials, oil and among others.

All 11 primary S&P 500 sectors dropped, with technology and communication services sectors leading the decliners. All Dow components companies traded at red territory with Apple erasing 5.23 percent and leading the laggards.

The Cboe Volatility Index, widely considered to be the best fear gauge in the market, jumped nearly 40 percent to 24.59.

Market expectations for the Federal Reserve to lower interest rates in September were 100 percent, according to CME Group's FedWatch tool Monday, with investors pricing in some 44.2 percent chance of a more aggressive cut.