U.S. equities plunged for the second day in a row on Tuesday, with all three indexes declining more than 2 percent amid investors' rising risk aversion. 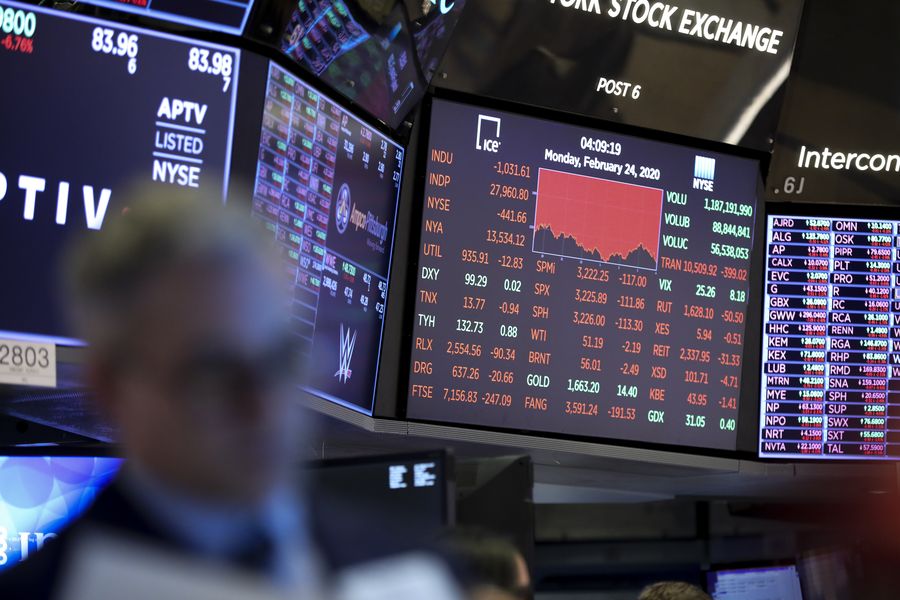 An electronic screen shows the trading data at the New York Stock Exchange in New York, the United States, on Feb. 24, 2020. (Photo: Xinhua)

The U.S. Centers for Disease Control and Prevention on Tuesday called for the public to start preparing for a possible pandemic outbreak in the United States.