NEW YORK, April 17 (Xinhua) -- Wall Street's major averages advanced this week as investors digested U.S. plan to reopen the economy as well as a slew of earnings reports and data. 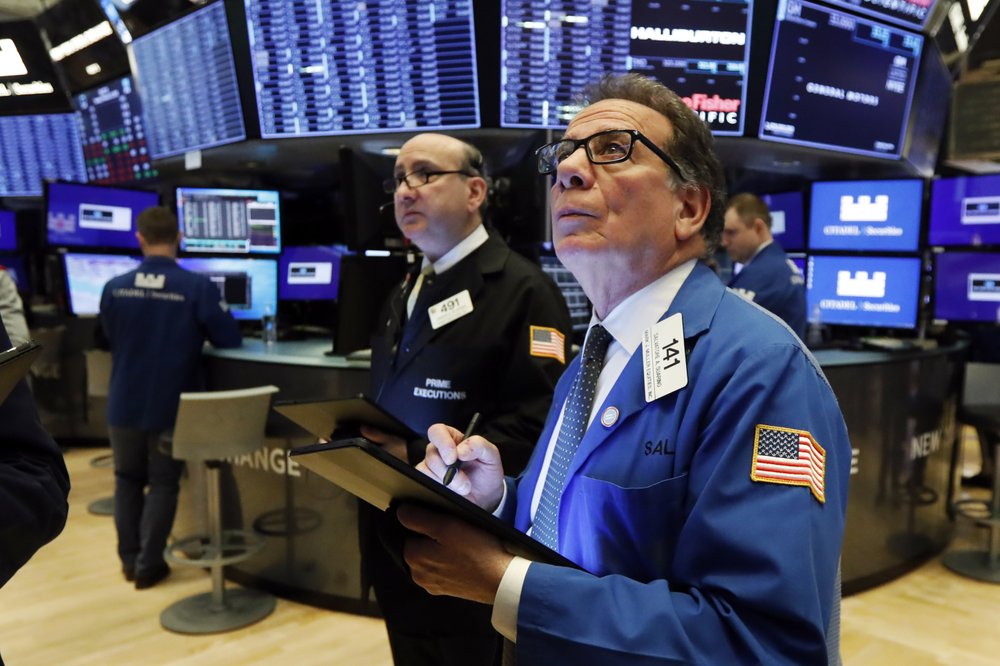 The stocks ended noticeably higher on Friday with the Dow rallying more than 700 points amid expectations on U.S. economy restart and positive news about antiviral drug trial.

U.S. President Donald Trump on Thursday unveiled guidelines for a phased reopening of parts of the U.S. economy disrupted by the COVID-19 pandemic.

"Our experts say the curve has flattened, and the peak in new cases is behind us. Nationwide more than 850 counties or nearly 30 percent of our country have reported no new cases in the last seven days," Trump said at a White House press conference.

"Based on the latest data, our team of experts now agrees that we can begin the next front in our war, which we are calling 'opening up America again,' and that is what we are doing," he said.

In the immediate future, the market is likely to focus on how quickly lockdown measures are eased and the pace of the recovery in corporate profits, experts at UBS Global Wealth Management said in a note on Friday.

Market sentiment was also bolstered by reports that experimental antiviral drug Remdesivir had showed some positive results in treating coronavirus patients in a clinical trial in Chicago.

As of Friday afternoon, more than 692,000 confirmed COVID-19 cases have been reported in the United States, with 36,721 deaths, according to the Center for Systems Science and Engineering at Johns Hopkins University.

Various data released lately showed the COVID-19 pandemic is starting to take a big toll on the world's largest economy.

The number of initial jobless claims in the United States totaled 5.25 million in the week ending April 11, as the COVID-19 fallout continues to ripple through the workforce, following staggering figures of over 6 million in the previous two weeks, the U.S. Bureau of Labor Statistics reported on Thursday.

The reading was a drop of 1.37 million from a week earlier but exceeded analysts' estimates for 5 million. That also brought the four-week total to about 22 million amid the COVID-19 shock.

U.S. retail and food services sales were 483.1 billion U.S. dollars in March, a decline of 8.7 percent from the previous month, according to a preliminary report from the Commerce Department released Wednesday.

Earlier this week, the International Monetary Fund forecast that the U.S. economy would contract by 5.9 percent this year.

Wall Street also paid close attention to a slew of corporate earnings, with major banks among the first to report this week.

Bank of America stock was also under pressure on the back of disappointing earnings.

Analysts expect S&P 500 earnings growth to decline 10.2 percent in the first quarter year over year, according to data from Refinitiv.