US, European economists predict recession due to COVID-19 impact: report 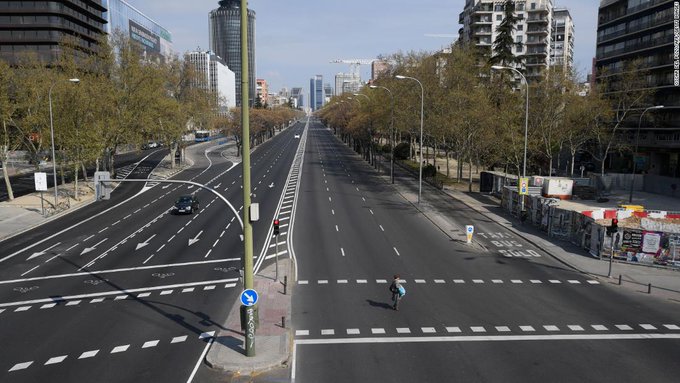 CHICAGO, March 18 (Xinhua) -- U.S. and European economists are predicting a recession as a result of the COVID-19 outbreak.

The Initiative on Global Markets at the University of Chicago's Booth School of Business published the results of 74 economists on the likelihood of a major recession.

A majority of respondents agreed a recession is likely, with a bigger 82-percent majority among European experts than a 62-percent among U.S. experts.

"A sharp slowdown is likely; whether it will be persistent enough to rise to the level of a recession is not clear yet," commented Anil Kashyap of Chicago Booth.

Stanford University's Kenneth Judd was among the few to disagree that a major recession is on the horizon.

"If it is like ordinary flu, then (the) economy should quickly recover. COVID-19 only threatens old and feeble economic expansions," said Judd.

Among the majority who agreed a major recession is a likely consequence of the pandemic, several note the impact of the measures taken to contain the outbreak have already disrupted economic activities.

"The contagion rate worries more than the mortality rate itself as it shuts down the whole economy to contain effects on the health system," said Elena Carletti of Bocconi University.

Stemming the spread requires "stopping economic activity altogether," which is "a major supply shock," added Luigi Guiso of the Einaudi Institute for Economics and Finance.

"Even if (the) death rate is low, it will be because containment has been effective, and that will adversely affect aggregate supply and demand," said Patrick Honohan of Trinity College Dublin.

Richard Schmalensee at the Massachusetts Institute of Technology said, "'Major' might be a bit too strong, but the precautionary measures being taken in many countries will have a significant disruptive effect."

While China starts to resume work and production with the peak of the outbreak having passed, elsewhere in the world a majority of companies are only now implementing work-from-home policies amid a surge in confirmed cases in such countries as Italy, Spain and the United States.