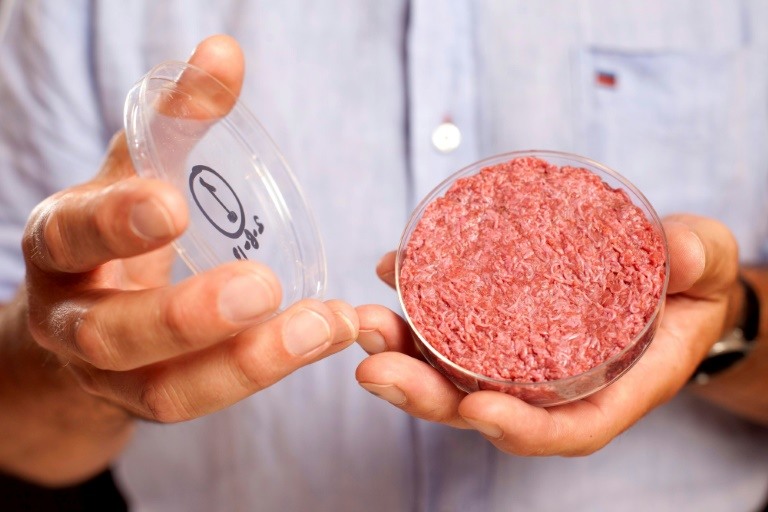 US farmers and beef producers have joined forces to convince the government to prevent the "meat" label to be used on anything that is grown in a lab, rather than on the hoof (Photo: AFP)

A major US agriculture lobbying group on Tuesday threw its weight behind an effort to keep the "meat" label off of lab-created products, including ones that employ animal cells.

The National Farmers Union backed a petition by the US Cattlemen's Association calling on the US Department of Agriculture to bar the term "meat" for alternative meat products.

"We are concerned with the recent introduction of foods composed of alternative protein sources that are being labeled and marketed as 'meat,'" said Roger Johnson, president of the NFU.

He said his organization "embraces new opportunities... including further development of markets for plant-based and insect-based proteins."

"However, we believe all food products should be clearly labeled in a manner that helps consumers make informed decisions and allows producers to differentiate their products."

Products grown in labs using animal cells are "not derived from animals born, raised, and harvested in a traditional manner, and should not be permitted to be marketed as 'meat,'" Johnson added.

The cattlemen's association's petition, dated February 9, noted that some major US meatpackers and companies in other countries were investing in synthetic products grown in labs using animal cells and known as "in vitro" meat, "bio

"Alternative products, such as those described above should thus not be permitted to be labeled as 'beef,'" the petition said.

Anything called meat, "is understood to be derived from animal tissue or flesh for use as food," the cattlemen's petition said.