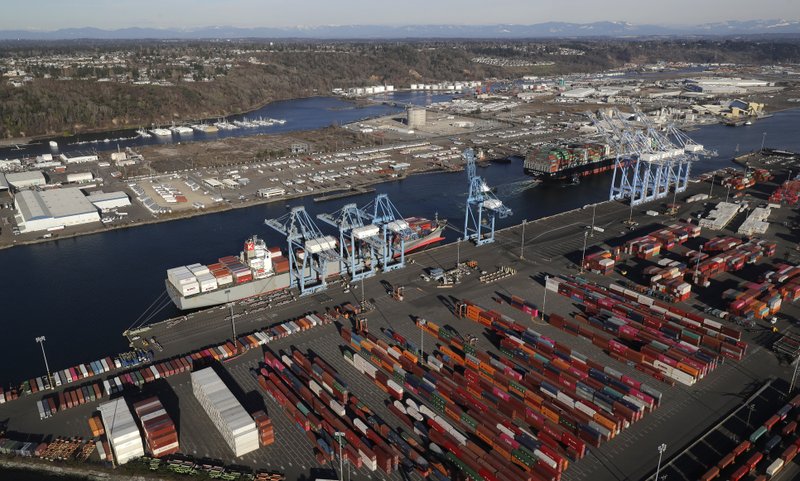 Cargo containers are staged near cranes at the Port of Tacoma, in Tacoma, Wash. March 5, 2019. (Photo: AP)

China announced Monday it will increase tariff rates on $60 billion in US exports in response to US President Trump's tariff hike on $200 billion in Chinese goods.

Frustration continues to rise among US farmers as they are running out of patience with the trade war with China.

The tariffs made those American agricultural products more expensive for Chinese importers, and private buyers have mostly stopped buying American-grown soybeans or wheat, according to CNN.

"The President of the United States owes farmers like myself some type of plan of action," John Wesley Boyd Jr., a soybean farmer in Baskerville, Virginia, told CNN's Brianna Keilar on Monday.

"Farmers were his base. They helped elect this president ... and now he's turning his back on America's farmers when we need him the most," he added.

In a statement Monday, the American Soybean Association reacted with frustration edged with anxiety.

“The sentiment out in farm country is getting grimmer by the day,” said John Heisdorffer, a soybean farmer in Keota, Iowa, who is chairman of the ASA. “Our patience is waning, our finances are suffering and the stress from months of living with the consequences of these tariffs is mounting,” according to AP.