US Fed keeps interest rates near zero amid COVID-19 resurgence

WASHINGTON, July 29 (Xinhua) -- The U.S. Federal Reserve on Wednesday kept its benchmark interest rate unchanged at the record-low level of near zero amid a recent resurgence in COVID-19 cases nationwide. 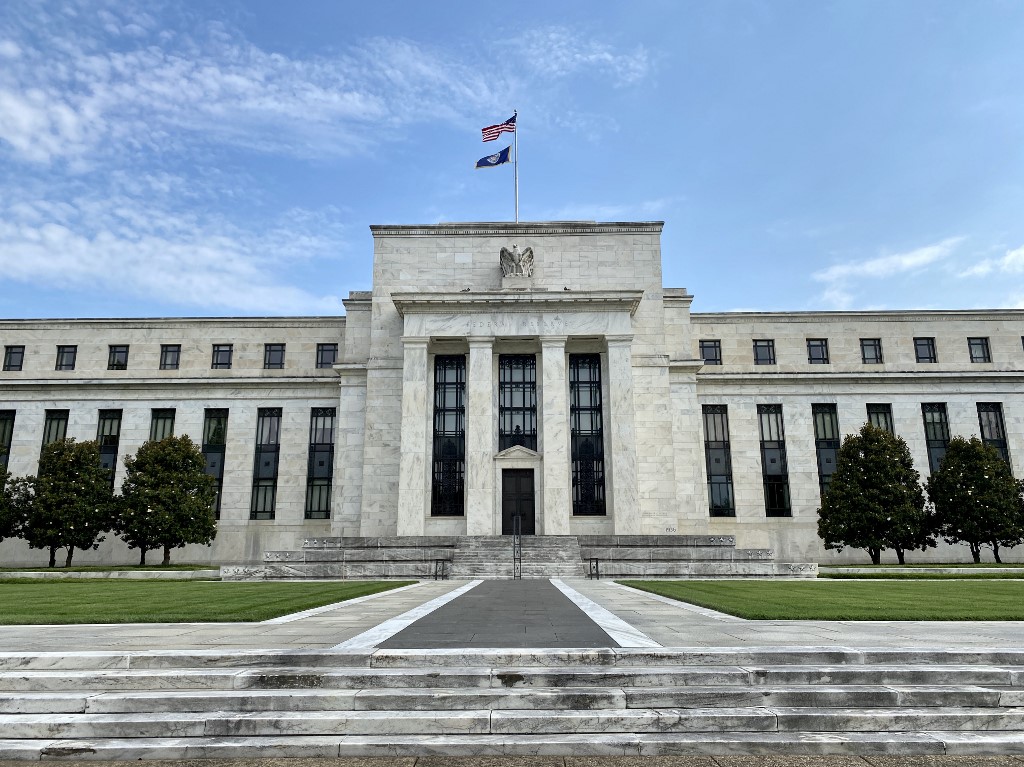 In this file photo taken on July 01, 2020, Federal Reserve Board building is viewed in Washington, DC. (Photo: AFP)

"Following sharp declines, economic activity and employment have picked up somewhat in recent months but remain well below their levels at the beginning of the year," the Fed said in a statement after concluding a two-day policy meeting.

"The path of the economy will depend significantly on the course of the virus. The ongoing public health crisis will weigh heavily on economic activity, employment, and inflation in the near term, and poses considerable risks to the economic outlook over the medium term," the Fed said, adding the central bank decided to maintain the target range for the federal funds rate at 0-0.25 percent.

"The Committee expects to maintain this target range until it is confident that the economy has weathered recent events and is on track to achieve its maximum employment and price stability goals," the Fed said, referring to the Federal Open Market Committee, the Fed's policy-making body.

The Fed cut interest rates to near zero at two unscheduled meetings in March and began purchasing massive quantities of U.S. treasuries and agency mortgage-backed securities to repair financial markets. It also unveiled new lending programs to provide up to 2.3 trillion U.S. dollars to support the economy in response to the coronavirus outbreak.

A notable change since the Fed's last meeting in early June is that coronavirus infection rates have accelerated in many U.S. states and at least 22 states have either paused or partially reversed their efforts to reopen their economies.

"We have entered a new phase in containing the virus which is essential to protect both our health and our economy," Fed Chairman Jerome Powell said Wednesday afternoon at a virtual press conference.

"The path forward for the economy is extraordinarily uncertain and will depend on our success in keeping the virus in check. Indeed we have seen some signs in recent weeks in the renewed measures to control it are starting to weigh on economic activity," Powell said, noting a full U.S. economic recovery is unlikely until people are confident that it's safe to reengage in a broad range of activities.

The Fed meeting also came as the enhanced federal unemployment benefits that millions of Americans rely upon are set to expire at the end of this month, and Republican and Democratic lawmakers haven't settled their differences over the size and scope of the next COVID-19 relief bill.

"It suggests to me that both sides, they're wrangling over various provisions, but nonetheless believe there is a need for some additional fiscal support," Powell told reporters.

Many of the American people that were laid off during the pandemic are going to need support "if they're going to be able to pay their bills to continue spending money to remain in their current rental house or apartment or house if they own it," he added.