US Fed keeps interest rates near zero amid inflation debate

WASHINGTON, March 17 (Xinhua) -- The U.S. Federal Reserve on Wednesday kept its benchmark interest rate unchanged at the record-low level of near zero, as inflation debate heats up, driven by COVID-19 vaccination progress and the latest relief package. 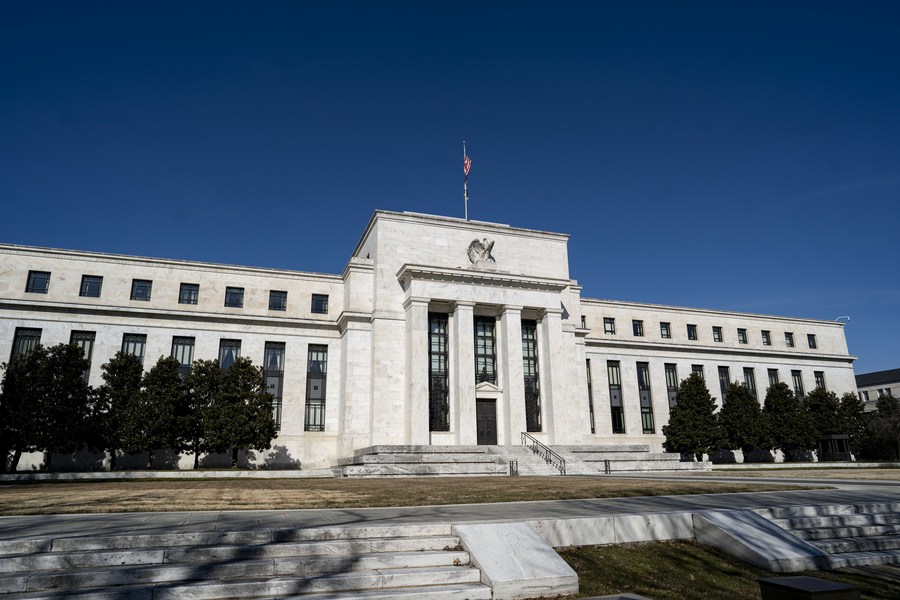 "These measures, along with our strong guidance on interest rates and on our balance sheet, will ensure that monetary policy will continue to deliver powerful support to the economy until the recovery is complete," Fed Chairman Jerome Powell said at a virtual press conference Wednesday afternoon.

Since January, the numbers of new cases, hospitalizations, and deaths have fallen, and ongoing vaccinations "offer hope for a return to more normal conditions later this year," he said.

The Fed chair, however, noted that the economic recovery remains "uneven and far from complete," and the path ahead remains "uncertain."

In the labor market, for example, conditions "have turned up" recently, but employment is still 9.5 million below its pre-pandemic level, he noted, adding that unemployment rate remains elevated at 6.2 percent in February.

Looking ahead, the median projection of unemployment rate by FOMC participants is 4.5 percent at the end of this year and moves down to pre-pandemic level of 3.5 percent by the end of 2023, according to the Fed's latest economic projections also released on Wednesday.

Fed officials expect the U.S. economy to grow by 6.5 percent this year, better than the previous projection of 4.2 percent in December, the economic projections showed.

When asked about the debate on rate hikes among FOMC participants, Powell said everyone on the Committee agrees that there are three criteria for liftoff: maximum employment, 2-percent inflation not on a transitory basis, inflation on track to run moderately above 2 percent for some time.

"So it comes down to what's your projection for the economy? If you want -- people will have a range of assessments for how good the economy is going to be, and we don't -- I would say that we are in a relatively highly uncertain situation," said the Fed chair.

The massive relief package, which is expected to help fight the pandemic and bolster the ravaged economy, could also lead to an overheated economy, inflationary pressures and rising interest rates, economists have warned.

"The state of the economy in two or three years is highly uncertain, and I wouldn't want to focus too much on the exact timing of a potential rate increase that far into the future," Powell said.

The Fed chair noted that fiscal support has helped avoid scarring and support economic recovery, but what it takes more to boost productive capacity or to raise living standards over time.

"What Congress has been doing has mainly been replacing lost income and beginning to support people as the economy returns to normal. But there should be a focus on a -- a longer-term focus, I think, would be healthy on the investment front," he said.