BUSINESS US Fed keeps interest rates near zero, sees no rate change through 2022

US Fed keeps interest rates near zero, sees no rate change through 2022 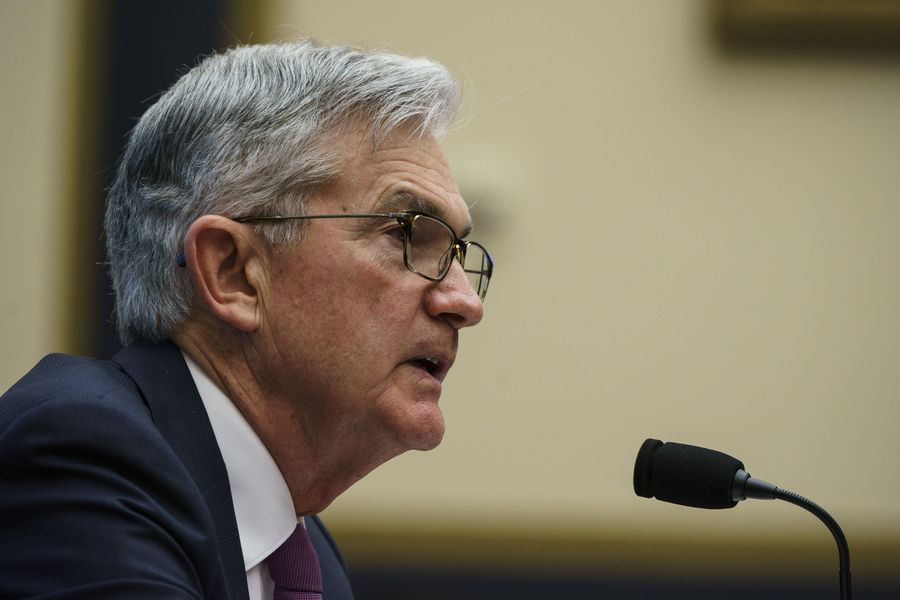 U.S. Federal Reserve Chairman Jerome Powell testifies before the House Financial Services Committee during the Monetary Policy and the State of the Economy hearing on Capitol Hill in Washington D.C., the United States, on Feb. 11, 2020. (Photo: Xinhua)

WASHINGTON, June 10 (Xinhua) -- The U.S. Federal Reserve on Wednesday kept its benchmark interest rate unchanged at the record-low level of near zero amid mounting fallout from the COVID-19-induced recession, and projected interest rates to remain at the current level through at least 2022.

"The ongoing public health crisis will weigh heavily on economic activity, employment, and inflation in the near term, and poses considerable risks to the economic outlook over the medium term," the Federal Open Market Committee, the Fed's policy-making body, said in a statement after concluding a two-day meeting.

In light of these developments, the committee decided to maintain the target range for the federal funds rate at 0 to 0.25 percent, the statement read.

"The virus and the forceful measures taken to control its spread have induced a sharp decline in economic activity and a surge in job losses," Federal Reserve Chairman Jerome Powell said in a virtual press conference Wednesday afternoon.

"Indicators of spending and production plummeted in April, and the decline in real GDP in the current quarter is likely to be the most severe on record," Powell said. 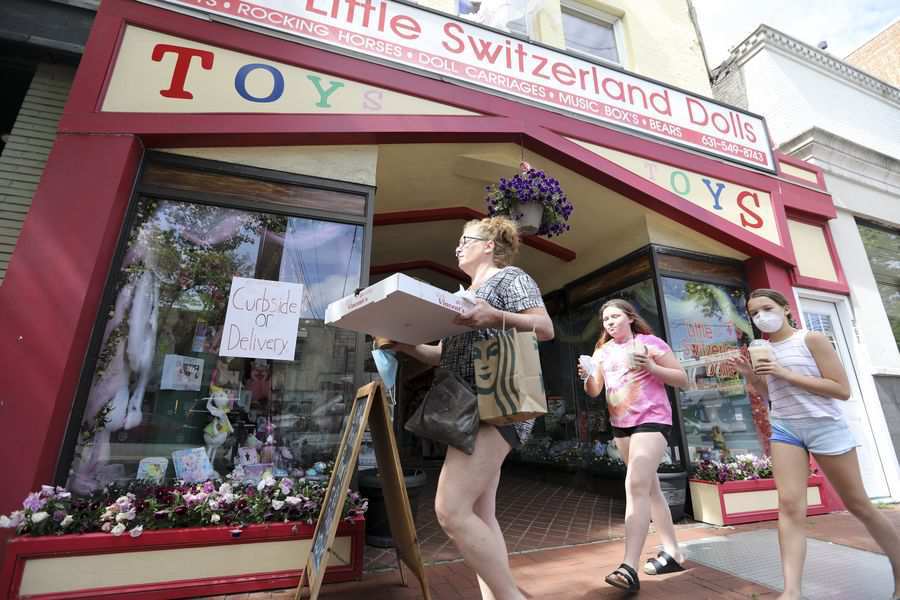 People walk past a toy shop that offers curbside pickup and delivery services in Suffolk County of Long Island, New York state, the United States, May 27, 2020.

Even after the unexpectedly positive May employment report, nearly 20 million jobs have been lost on net since February, he noted, adding that the rise in joblessness has been especially severe for lower-wage workers, for women, and for African Americans and Hispanics.

Powell said some indicators in recent weeks suggest a stabilization or even a modest rebound in some segments of the economy, such as retail merchandise and motor vehicle sales, and the unemployment edged down as some workers returned to their jobs from temporary layoffs.

In a separate statement, the Fed projected Wednesday that the U.S. economy will shrink by 6.5 percent in 2020, followed by a 5-percent gain next year.

He also voiced his concern that millions of Americans could be permanently unemployed from this crisis. According to the Fed's economic projection, the unemployment rate could fall to 9.3 percent by the end of this year. 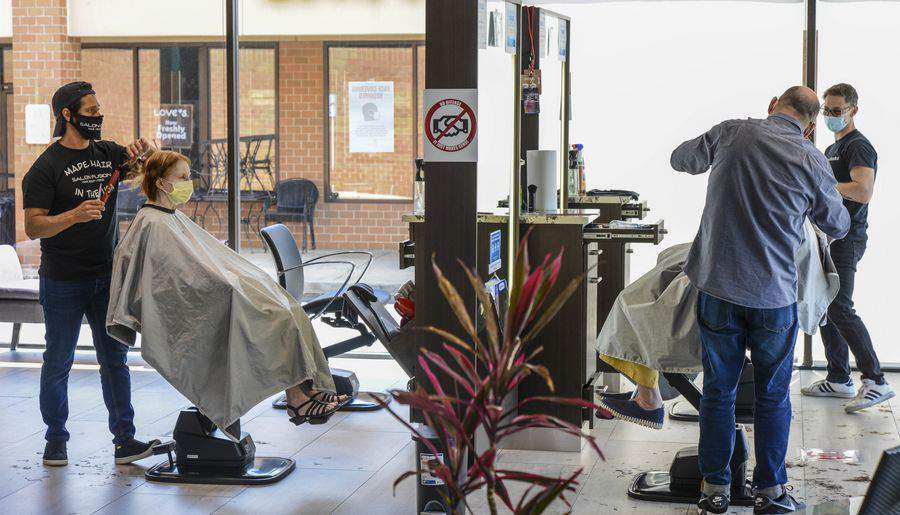 Customers have their hair done at a hair salon in Wilmette, Illinois, the United States, May 29, 2020.

The Fed also projected interest rates will remain near zero through at least 2022 as policy makers strive to support the recovery of the economy from the COVID-19-induced recession.

"The extent of the downturn and the pace of recovery remain extraordinarily uncertain and will depend in large part on our success in containing the virus," Powell said. "A full recovery is unlikely to occur until people are confident that it is safe to reengage in a broad range of activities."

The Fed chair said the U.S. economy will likely need more fiscal and monetary support for a long time, suggesting that Congress could do more to help the unemployed and small business owners.

The Fed cut interest rates to near zero at two unscheduled meetings in March and began purchasing massive quantities of U.S. treasuries and agency mortgage-backed securities to repair financial markets. It also unveiled new lending programs to provide up to 2.3 trillion U.S. dollars to support the economy in response to the outbreak.

"As market functioning has improved since the strains experienced in March, we have gradually reduced the pace of these purchases," he said, while noting that the central bank will increase holdings of Treasury and agency mortgage-backed securities over coming months at least at the current pace.