BUSINESS US Fed leans toward a cut; don't expect one this week

US Fed leans toward a cut; don't expect one this week

As US President Donald Trump's trade wars drag on, and the global economy weakens, the US Federal Reserve is inching closer to its first interest rate cut in more than a decade.

But investors hoping to see the benchmark lending rate begin to drop this week are almost certain to be disappointed. 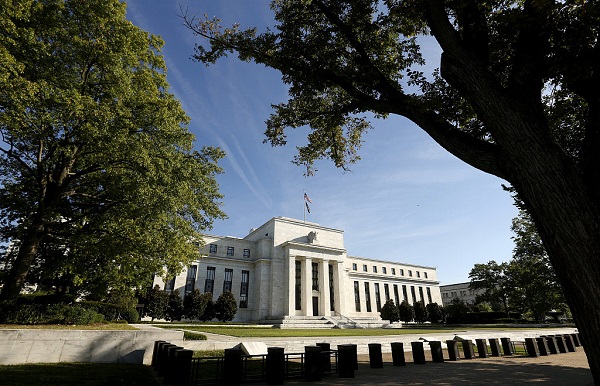 After preaching patience and leaving rates untouched since December, financial markets will be watching closely for a change of tone from the central bank and its chairman, Jerome Powell, and a sign the Fed is ready to step in to boost the economy.

Policymakers will hold two days of deliberations starting Tuesday, and for now are expected to keep the key interest rate in a range of 2.25-2.5 percent.

The Fed raised rates nine times in the last three years as the economy recovered and put millions of Americans back to work, and officials repeatedly said they expected the growth to continue.

But Trump's aggressive tariff policies have shaken confidence, and some central bankers have begun to acknowledge a chill in the air.

The consensus is that the Fed is poised to switch directions and begin cutting rates. The only question is when.

James Bullard, president of the Fed's St Louis regional branch, was the first to make the move, saying early this month that a rate cut could be needed "soon."

Just days later, Powell himself opened the door to a possible move, saying the Fed would do whatever necessary "to sustain the expansion" -- a noticeable shift in posture.

Wall Street welcomed this dovish talk, which drove a recovery in stocks after the rout in May. Futures markets as of Friday were forecasting as many as three cuts for this year, in July, September and December.

"In the old days, we'd have used the language the Fed has an easing bias," John Ryding, chief economist at RDQ Economics, told AFP.

"They are predisposed to cut."

Since the Fed's last announcement at the end of May, the world's largest economy has continued to send mixed signals.

But beyond the strictly economic factors are the political ones as Trump continues to flout tradition, repeatedly hammering Powell and the Fed on Twitter and in public comments for undermining his bid to supercharge the US economy.

In an interview with ABC, Trump acknowledged that his vocal criticism puts Powell in a box but said he would persist because he disagrees "entirely" with the Fed's policy.

"I'm gonna do it anyway because I've waited long enough," Trump said in the interview due to be aired Sunday.

Powell steadfastly repeated that central bankers pay no attention to political pressure. But criticism of the independent Fed can backfire, pushing officials to resist Trump's preferred course in order to prove they cannot be browbeaten -- even if a rate cut is justified.

In the absence of inflation pressures, the Fed has room to cut interest rates. But the timing remains in question, especially as most policymakers have said they expect the economy to pick up later this year.

But elsewhere the news has not been so good. Economic growth in the second quarter could be half the pace of the first, the manufacturing sector has continued to weaken and business investment has declined.

At the same time, recession indicators are flashing.

The New York Fed puts the odds of a recession in the coming year at about one in three -- the highest since May 2008.

Oxford Economics said there is a 53 percent chance in the next six months, but warns that markets may be "excessively pessimistic."

However, many of these readings are noisy and could reverse course in the coming months.

This leaves the Fed walking a tricky line, showing a willingness to cut rates if needed without committing to it.

"I think that Fed officials have done the right thing," Kathy Bostjancic, chief US financial economist at Oxford Economics, told AFP, noting there are no "hard data" yet that clearly call for a cut.

"They essentially said they were listening to the markets and opened the door to a rate cut without promising one."