WASHINGTON, Aug. 16 (Xinhua) -- U.S. Federal Reserve officials are nearing agreement to begin tapering its asset purchase program in about three months and end the program by the middle of next year, local media reported on Monday. 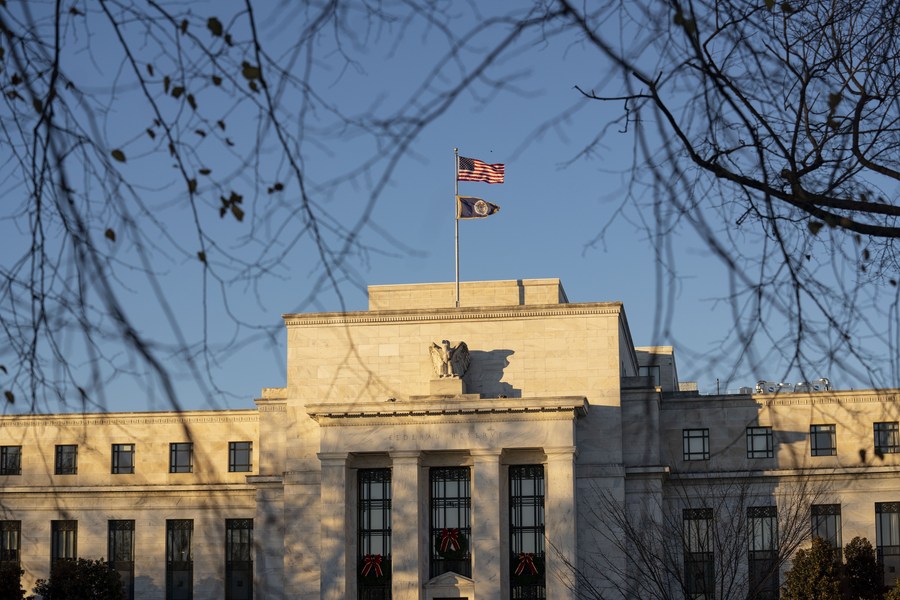 A recent run of strong U.S. hiring reports have strengthened the case for the Fed to announce at its next meeting in September its intentions to start tapering, potentially as soon as its following meeting in November, according to The Wall Street Journal.

Boston Federal Reserve Bank President Eric Rosengren told the newspaper in an interview last week that he expected to see enough job growth to meet the criteria for reducing asset purchases by the Fed's Sept. 21-22 meeting.

"That would set up some time this fall a possible tapering that is dependent on the Delta variant and other variants not slowing down the labor market substantially," Rosengren was quoted as saying, adding he hoped the Fed would end asset purchases by the middle of next year if strong economic growth continues.

Dallas Federal Reserve Bank President Robert Kaplan also told CNBC last week that the Fed should announce a plan for tapering its asset purchases in September and start tapering in October. The process of tapering should take about eight months, he added.

However, some other Fed officials have argued for more patience. Fed governor Lael Brainard indicated last month she wanted to see September hiring data, which won't be available until early October, before deciding. That would hold off any tapering until no sooner than the Fed's Nov. 2-3 meeting, according to the paper.

The Fed is set to release on Wednesday minutes of its July policy meeting that could provide further clues about Fed officials' discussions over tapering asset purchases.