BUSINESS US Fed officials have 'many questions' about adopting yield curve control: minutes

US Fed officials have 'many questions' about adopting yield curve control: minutes 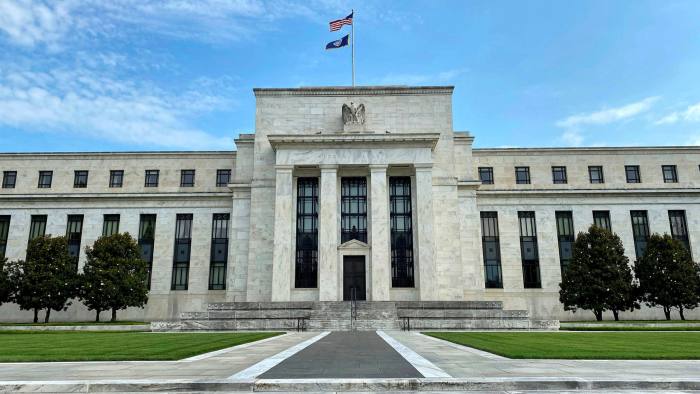 WASHINGTON, July 1 (Xinhua) -- U.S. Federal Reserve officials had "many questions" about adopting the so-called yield-curve-control policy when they discussed its pros and cons last month, according to the minutes of the Fed's latest policy meeting released Wednesday.

"In their discussion of the foreign and historical experience with YCT (yield caps or targets) policies and the potential role for such policies in the United States, nearly all participants indicated that they had many questions regarding the costs and benefits of such an approach," said the minutes of the Fed's meeting held on June 9-10.

Fed officials raised a number of concerns related to the implementation of YCT policies, including how to maintain control of the size and composition of the Fed's balance sheet, how to mitigate the risks that YCT policies pose to central bank independence, according to the minutes.

"All participants agreed that it would be useful for the staff to conduct further analysis of the design and implementation of YCT policies as well as of their likely economic and financial effects," the minutes said.

Yield curve control, currently used by the Bank of Japan and the Reserve Bank of Australia, seeks to hold down longer-term interest rates by setting a target yield for one or more specific maturities of government debt.

The minutes also showed that Fed officials generally expressed support for an outcome-based forward guidance, requiring the central bank to meet an inflation threshold or a target of the unemployment rate before raising interest rates.

"They saw this form of forward guidance as helping reinforce the credibility of the Committee's symmetric 2 percent inflation objective and potentially preventing a premature withdrawal of monetary policy accommodation," the minutes said.

"The minutes of the June FOMC (Federal Open Market Committee) meeting reveal that the Fed is leaning toward enhanced forward guidance and away from yield curve control, at least for now," said Tim Duy, professor of the University of Oregon and a long-time Fed watcher.

"But that doesn't mean it isn't coming. I suspect that they will move in that direction, but it probably won't come until 2021 (assuming unemployment doesn't look likely to quickly recede)," Duy wrote Wednesday in an analysis.

The Fed cut interest rates to near zero at two unscheduled meetings in March and began purchasing massive quantities of U.S. treasuries and agency mortgage-backed securities to repair financial markets. It also unveiled new lending programs to provide up to 2.3 trillion U.S. dollars to support the economy in response to the coronavirus outbreak.

The Fed last month kept the benchmark interest rate unchanged and expected interest rates to remain at the current level of near zero through at least 2022.