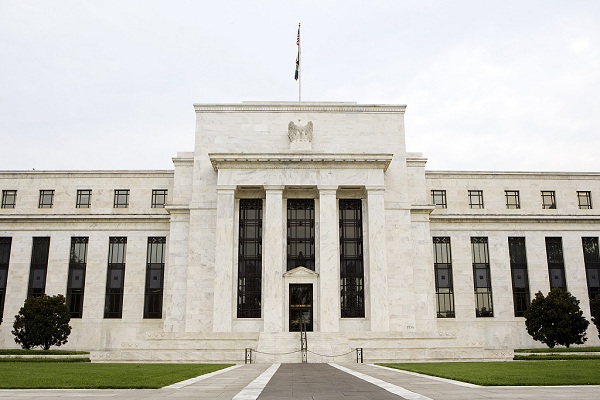 The Federal Reserve building is seen in Washington on August 5, 2008. (File Photo: VCG)

"We need to make a decision based on where we think the economy may be heading and, importantly, where the risks to the economy are lined up," Fed Vice Chairman Richard Clarida on Thursday told Fox Business Network.

"The global economy is slowing, business investment has been soft. There (are) disinflationary headwinds abroad and these uncertainties are something that we talked about in our June meeting. We'll talk about them again in July," he said.

Clarida noted that the Fed and other central banks have taken out an "insurance policy" in good times, signaling that precautionary rate cuts could be warranted later this month.

"You don't need to wait until things get so bad to have a dramatic series of rate cuts," he said.

"When you only have so much stimulus at your disposal, it pays to act quickly to lower rates at the first sign of economic distress," Williams said Thursday in a speech at the annual meeting of the Central Bank Research Association.

Williams's remarks led some economists and market participants to bet that the Fed could lower interest rates by 50 basis points at its next policy meeting on July 30-31, instead of 25 basis points previously estimated.

But a New York Fed spokeswoman later in the day played down the importance of Williams' speech, saying that it was an academic speech and was not about potential policy actions at the upcoming Fed policy meeting.

Williams's remarks came after Federal Reserve Bank of Chicago President Charles Evans said Tuesday that the central bank needs at least an interest rate cut of 50 basis points to bring inflation back to the target.

"In order to get inflation up to 2 1/4 percent over the next three years, I needed 50-basis points of more accommodation," Evans said. "In fact, maybe that's not quite enough."

Fed Chairman Jerome Powell on Tuesday repeated his pledge to "act as appropriate" to keep the economic expansion amid increased uncertainties regarding trade developments and global growth.

"We are carefully monitoring these developments and assessing their implications for the U.S. economic outlook and inflation, and will act as appropriate to sustain the expansion," Powell said in a speech in Paris, France.

The minutes of the Fed's June policy meeting released last week also showed that Fed officials saw a "strengthened" case for the central bank to lower rates in the near term.

"Many judged additional monetary policy accommodation would be warranted in the near term should these recent developments prove to be sustained and continue to weigh on the economic outlook," the minutes said.