WASHINGTON, Nov. 24 (Xinhua) -- U.S. Federal Reserve officials agreed that they should be prepared to accelerate the pace of tapering asset purchases and raise interest rates if high inflation continues to persist, according to the minutes of the Fed's recent policy meeting released Wednesday. 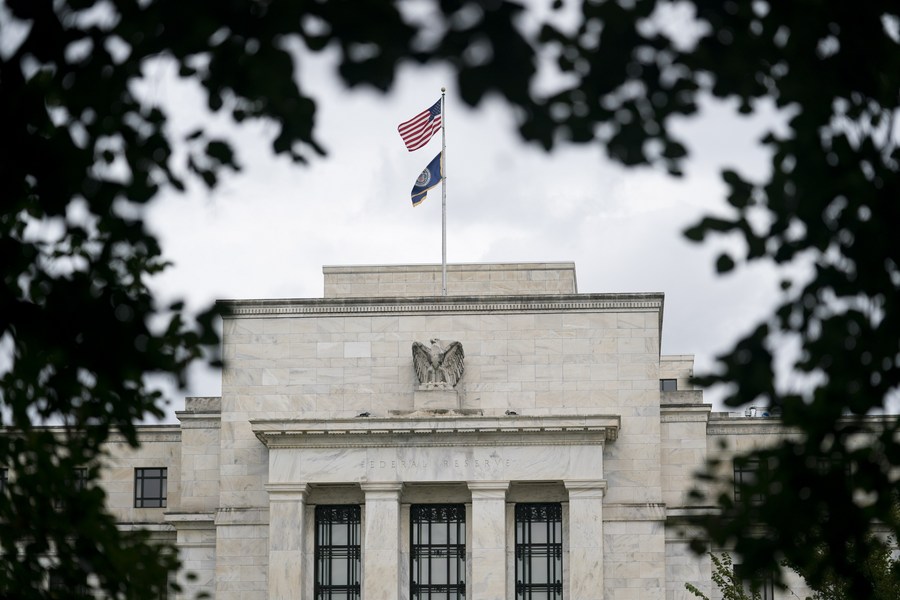 "Various participants noted that the Committee should be prepared to adjust the pace of asset purchases and raise the target range for the federal funds rate sooner than participants currently anticipated if inflation continued to run higher than levels consistent with the Committee's objectives," the Fed said in the minutes of its Nov. 2-3 meeting, referring to the Fed's policy-making committee.

Meanwhile, a number of Fed officials stressed that a "patient attitude" toward incoming data remained "appropriate" to allow for careful evaluation of evolving supply chain developments and their implications for the labor market and inflation, according to the minutes.

"That said, participants noted that the Committee would not hesitate to take appropriate actions to address inflation pressures that posed risks to its longer-run price stability and employment objectives," the minutes said.

The Fed has pledged to keep the federal funds rate unchanged at the record-low level of near zero since the start of the pandemic. The central bank began last week to reduce its monthly asset purchase program of 120 billion U.S. dollars by 15 billion dollars. At this pace, the Fed would end its asset purchases by June next year.

While Fed officials "generally supported" the plan to reduce asset purchases by 15 billion dollars a month, some Fed officials wanted a faster pace to give the central bank leeway to raise rates sooner, according to the minutes.

"Some participants suggested that reducing the pace of net asset purchases by more than $15 billion each month could be warranted so that the Committee would be in a better position to make adjustments to the target range for the federal funds rate, particularly in light of inflation pressures," the minutes said.

The consumer price index (CPI) rose 6.2 percent in October from a year earlier, the strongest annual gain in over 30 years, according to the U.S. Labor Department.

Some Fed officials, including Fed governor Christopher Waller, have urged the central bank to speed up the pace of tapering asset purchases in response to the surging inflation.

"The rapid improvement in the labor market and the deteriorating inflation data have pushed me towards favoring a faster pace of tapering and a more rapid removal of accommodation in 2022," Waller said last week.