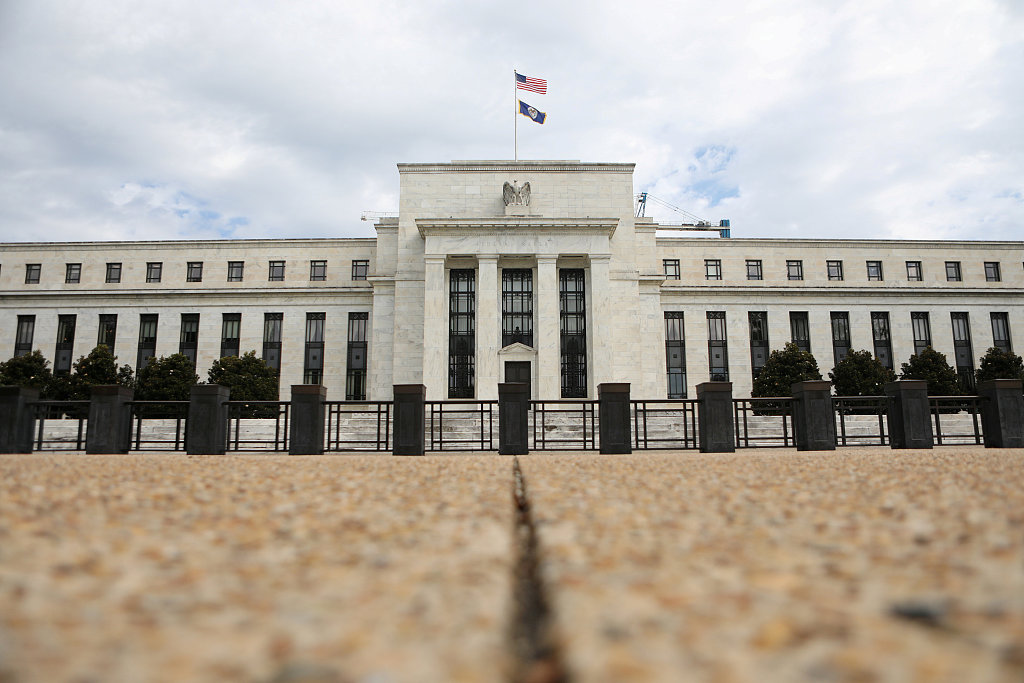 WASHINGTON, Oct. 9 (Xinhua) -- U.S. Federal Reserve (Fed) officials were concerned over U.S.-China trade tensions as they voted to cut the interest rate last month, according to the minutes of the Fed's latest monetary policy meeting released on Wednesday.

"International trade tensions and foreign economic developments seemed more likely to move in directions that could have significant negative effects on the U.S. economy than to resolve more favorably than assumed," said the minutes of the Fed's Sept. 17-18 policy meeting.

"In their consideration of the monetary policy options at this meeting, most participants believed that a reduction of 25 basis points in the target range for the federal funds rate would be appropriate," the minutes said.

The global stock market just experienced a bumpy September as trade-related headlines and trade war fears became the focus for investors, according to the minutes.

"Global financial markets were volatile over the inter-meeting period, with market participants reacting to incoming information about U.S.-China trade tensions and the global growth outlook," the minutes said.

The volatility in the financial market showed that trade tensions weigh on the outlook for the U.S. economy. The market's reaction to major U.S.-China trade headlines shows that it favors good news rather than a new round of escalation.

"These price moves reversed to some degree in September as developments on trade and economic data turned more positive," the minutes said.

The Fed also highlighted the impact of trade tensions on the real economy, saying that "most measures of business sentiment deteriorated" before its September meeting.

"Measures of expectations of the near-and-medium-term path for the federal funds rate were particularly sensitive to news about U.S.-China trade tensions, while Federal Open Market Committee communications had only modest effects on market-based measures of policy rate expectations," the minutes said.

As a new round of trade talks between China and the United States was set to begin in Washington D.C. this week, market investors bet another announcement of a rate cut would come following the Fed's next meeting on Oct. 29-30.

According to the Chicago Mercantile Exchange Group's FedWatch tool, the probability of a 25-basis-point rate cut at the Fed's October meeting is over 80 percent, while the probability that the Fed holds its rate steady is slightly lower than 20 percent.