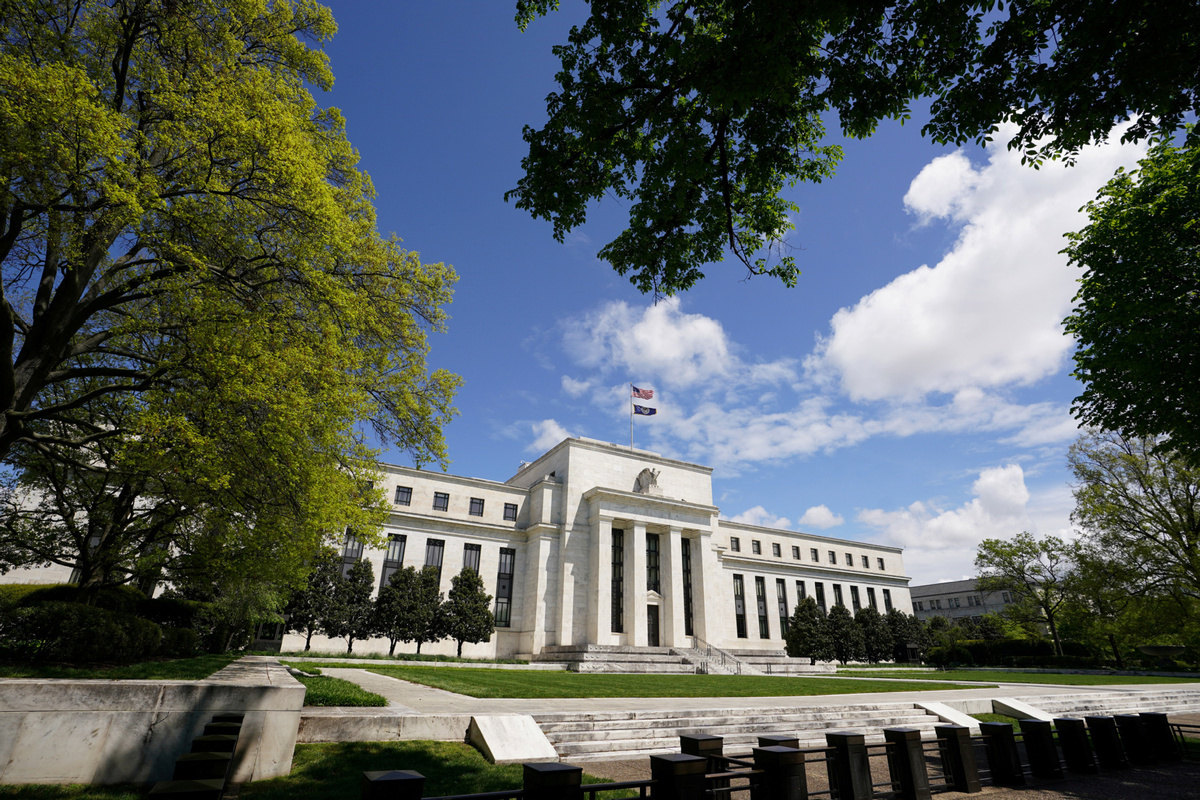 The US Federal Reserve in Washington DC. (Photo: Agencies)

The U.S. central bank’s shift towards a faster tightening of monetary policy was a “natural” response to economic growth and particularly inflation moving quicker than expected as the country reopens from the coronavirus pandemic, according to a Fed official.

In an interview with CNBC, St. Louis Federal Reserve President James Bullard said Friday that he was among the seven Fed policymakers who expect the most aggressive steps, with rate increases beginning next year, to contain inflation that he thinks will prove more persistent than his colleagues.

New economic projections released by the Fed after a two-day policy meeting Wednesday and Thursday showed a core of 13 out of 18 officials projected rates would likely need to increase by the end of 2023, a surprise to many investors and analysts.

But with the pandemic “coming to a close,” Bullard said, a shift to non-crisis policies is normal.

The Fed on Wednesday surprised investors by anticipating two quarter-percentage-point rate increases in 2023.

“I put us starting in late 2022,” Bullard said, to control inflation that he said would hit 3 percent this year, excluding volatile food and energy prices, and remain at 2.5 percent through 2022, exceeding the Fed’s formal 2 percent target.

Bullard’s comments open what is likely to be an intense period of Fed efforts to talk the public and markets globally through the central bank’s shift to post-pandemic monetary policy.

Bullard’s frank assessment of the need for the Fed to be “nimble” in the face of growing inflation seemed to add pressure on U.S. stock futures, with the S&P 500 e-mini futures sliding by more than half a percentage point during his appearance on CNBC. The yield on the 10-year Treasury note rose back above 1.5 percent as he was speaking.

In a decided minority in an increasingly hawkish Fed, Minneapolis Federal Reserve President Neel Kashkari said Friday he wants to keep the U.S. central bank’s benchmark short-term interest rate near zero at least through the end of 2023 to allow the labor market to return to its pre-pandemic strength.

“The vast majority of Americans want to work, and I am not ready to write them off – and I want to give them the chance to work,” Kashkari said. “As long as inflation expectations remain anchored. ... Let’s be patient and let’s really achieve maximum employment.”

“I still have no hikes in the Fed’s quarterly summary of economic projections forecast horizon because I think it’s going to take time for us to really achieve maximum employment, and I do believe that these higher inflation readings are going to be transitory,” Kashkari said.

Kashkari also said he believes higher prices are being driven by a reopening economy and will subside as supply constraints recede.