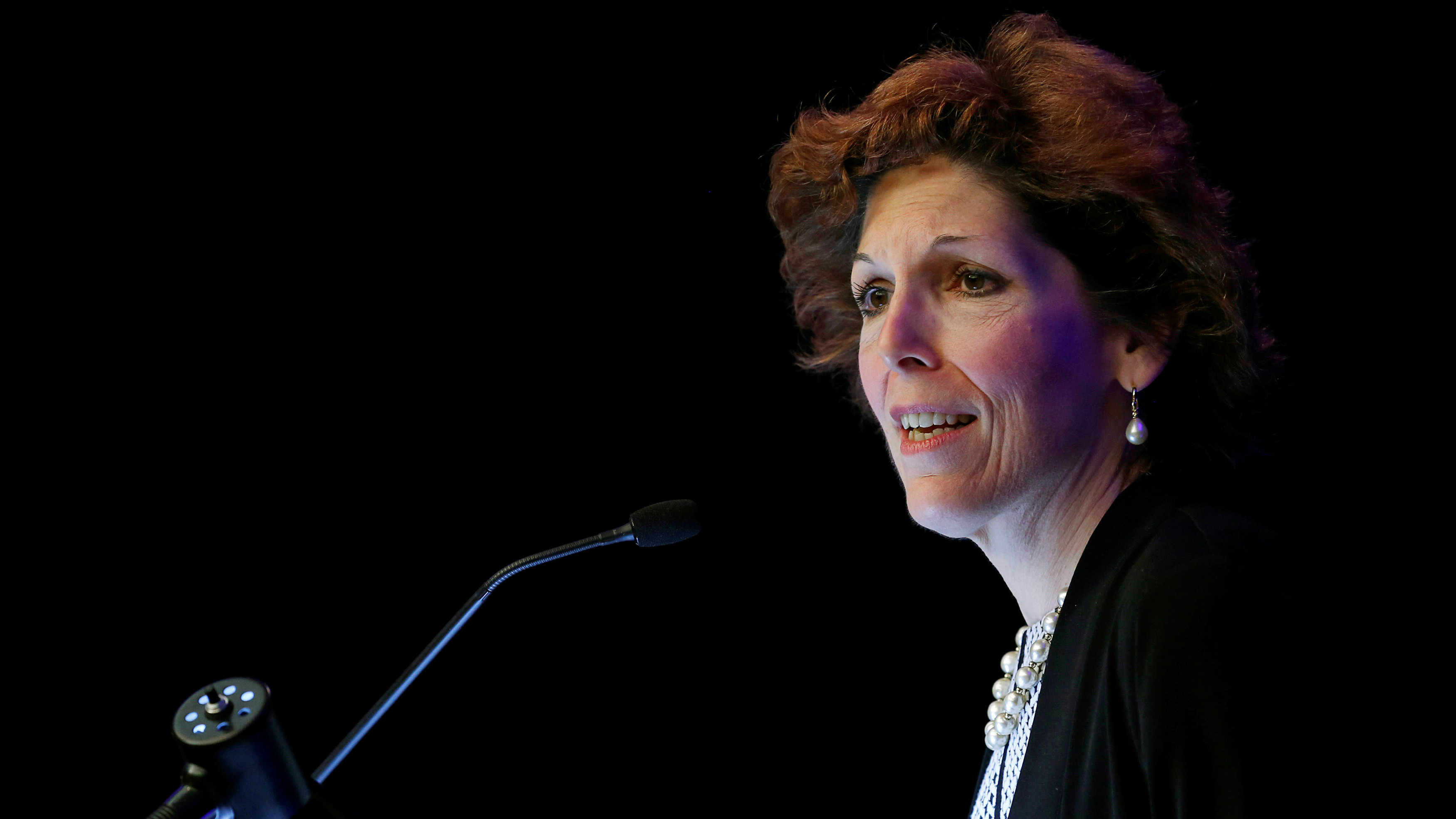 Cleveland Federal Reserve President Loretta Mester said on Saturday she sees "big downside risk" from rising trade uncertainty, and will be watching how businesses and consumers react ahead of the US central bank's next policy meeting.

Mester's remarks, made at the Fed's annual central banking conference in Jackson Hole, came after China's decision to impose tariffs on additional 75 billion US dollars of US imports, in response to the US announcement earlier this month to impose additional tariffs on Chinese imports.

"The uncertainty about what's next in trade policy is something they point out. So it's definitely a headwind and a downside to the economy," Mester told Yahoo Finance in an interview on Friday, citing constituent concerns about the bilateral trade war.

Mester, who opposed the Fed's interest rate cut last month, said that whether trade and other policy moves will knock a US economy chugging along at an expected two percent annual growth rate remains to be seen.

"You want to be very cognizant of the fact that we are already at neutral, unless the economy takes a turn for the worse," Mester said, referring to the neutral rate of interest that neither brakes nor boosts a healthy economy.

She added that "the more this trade war escalation happens, the more weight you have to put on that other (weak growth) scenario."

Mester said she would be "open-minded" on the rate-cut debate, focusing on "economic and financial market reconnaissance" including a close look at what business contacts are saying and doing.

She added that she'll be focused on whether declines in business sentiment are translating into real actions that slow the economy.

On Friday, US Fed Chair Jerome Powell cited the trade uncertainty in a keynote speech to the conference in which he reiterated his promise that the Fed would "act as appropriate" to keep the economy growing, with unemployment low and inflation near the central bank’s two percent annual target.