BUSINESS US Fed to hike rates in 2023: Bloomberg 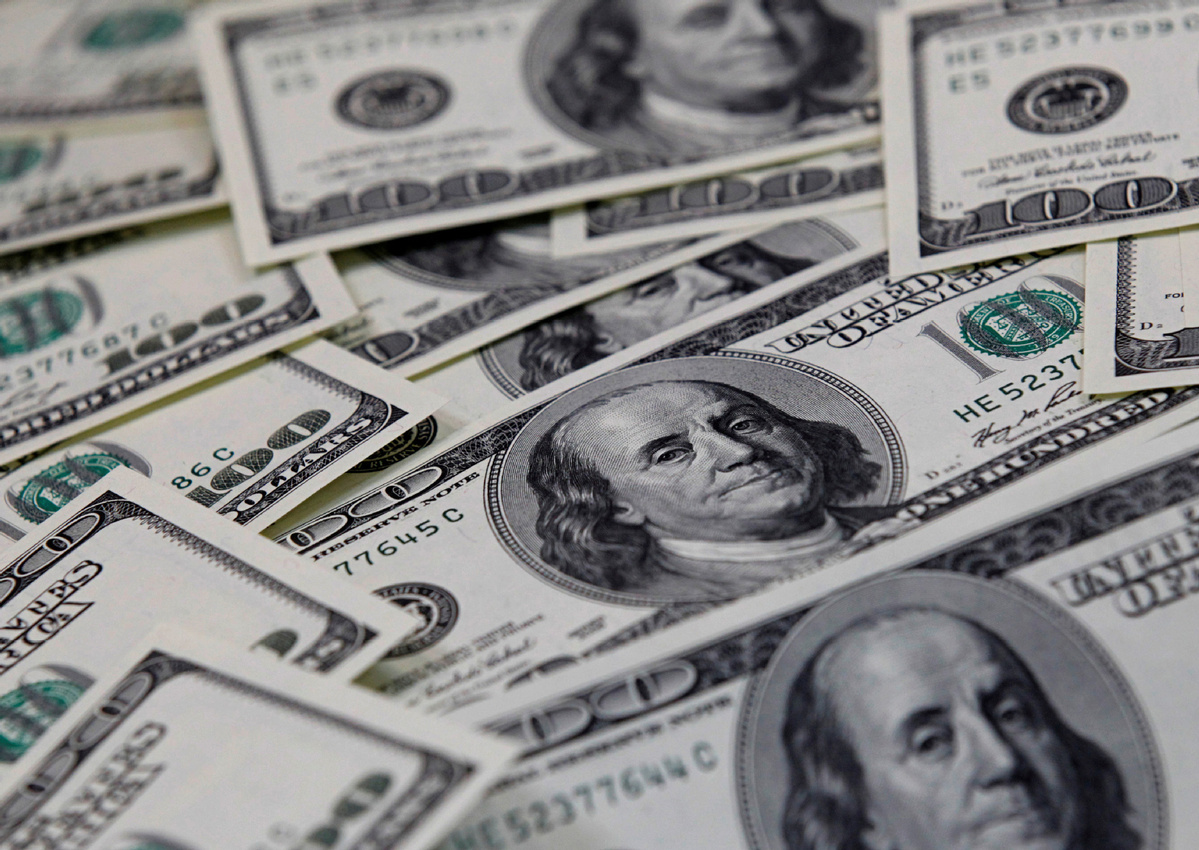 US one hundred dollar notes are seen in this picture. (Photo: Agencies)

A strong recovery from the COVID-19 recession is likely to prompt the US Federal Reserve to lift interest rates in 2023, but that isn't going to show up in its forecasts this week, according to a survey reported by Bloomberg on Sunday.

Economists surveyed by Bloomberg News from March 5 to 10 expect two quarter-point hikes in 2023. But they also expect the US central bank's own forecast, released at the same time as its policy statement at 2 pm in Washington on Wednesday, will show the median Fed official projecting rates staying on hold near zero throughout that year.

Such a result would match the Fed's December projections, even though US lawmakers have backed almost $3 trillion in fiscal stimulus since then, including $1.9 trillion the US President Joe Biden signed into law on Thursday, and together with accelerating vaccinations, which are boosting the economic outlook.

"The Fed is now probing the unknown as a powerful trio of massive fiscal stimulus, monetary support and pent-up demand impact an economy released by the widespread dissemination of vaccines," economist Lynn Reaser of Point Loma Nazarene University said in a survey response.

The Federal Open Market Committee is almost certain to keep rates near zero and pledge to continue its asset purchases at the current $120 billion monthly pace at its second meeting of the year.

Jerome Powell, the Federal Reserve chair, has repeatedly stressed the US labor market remains far from the Fed's goal of full employment, making it too soon to discuss winding down Fed support as the world marks the one-year anniversary of the pandemic.

Even so, three-quarters of the economists forecast the central bank will have to raise rates by the end of 2023, where the median respondent has estimated about 50 basis points of tightening. By contrast, the median in Bloomberg's December survey had no change in rates until 2024 or later.

The FOMC, making its first quarterly economic forecasts of the year, will raise its estimates of 2021 growth and edge up the inflation call, while not bringing forward a winding down of asset purchases or interest-rate hikes, the surveyed economists predicted.