Investors’ fears of an all-out trade war between the United States and China is prompting US stock fund managers to hunt for companies that can easily pass on higher costs to their consumers. 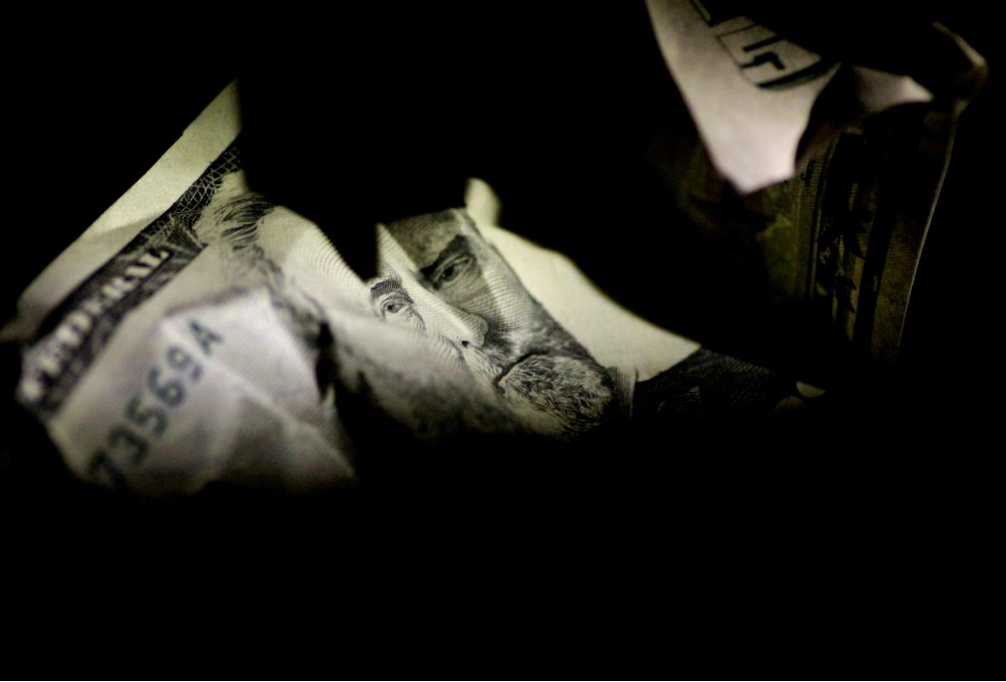 A US Dollar note is seen in this June 22, 2017 illustration photo. (File Photo: Reuters)

So far, domestic small-to-mid-cap companies that get most of their revenues at home have weathered prospects of higher trade costs the best, with the Russell 2000 index of smaller companies up 2.8 percent for the year, nearly double the 1.5 percent gain in the larger-cap and more internationally-exposed S&P 500 index over the same time.

Yet fund managers from firms including Villere & Co, Hodges Capital and BMO Global Asset Management say that a trade war would likely push inflation higher, eating into the margins of even those domestic companies that get no revenues overseas.

Instead of focusing on the geographic source of revenues, these managers say that they are targeting firms that have dominant niches or intellectual property that will allow them to protect or even expand their margins at a time of rising costs.

“We’re focusing on the companies that regardless of the type of inflation - whether it’s commodities or trade or something else - can pass on those costs because they have some sort of structural advantage,” said Eric Marshall, a portfolio-manager at Dallas-based Hodges Capital.

Marshall has been adding to his position in Texas Instruments Inc (TXN.O), for example, because the firm’s chips are used in high-end, high-demand products such as iPhones and self-driving cars. Shares of the company are flat for the year after its most recent earnings report failed to beat Wall Street estimates for the first time in two years, but Marshall said that he expects its revenue to continue to grow at above-market rates.

“They have the better mousetrap and if there are additional tariffs to bring its products back then they will be well positioned to pass those costs on,” he said.

US President Donald Trump has threatened to impose tariffs on $150 billion in Chinese imports to the United States to punish China for what government officials regard as Beijing’s predatory industrial policies and abuse of US intellectual property. Beijing has vowed to retaliate.

A trade war between the two countries would lop 0.7 percent off of the US GDP and push inflation up 0.1 percent, according to estimates from MSCI. That, in turn, would sink US stocks by about 5 percent, the firm estimates, a fall it says may already be priced into the market. Should other countries also raise tariffs, then US stocks could drop by another 10 percent.

In the “Beige Book,” a survey of current US economic conditions released Wednesday, the Federal Reserve noted that it had received scattered reports of companies successfully passing on prices in the manufacturing, information technology, transportation, and construction industries.

Lamar Villere, a portfolio manager at New Orleans-based Villere & Co, said that he has been reducing his exposure of small and mid-cap companies with international revenues and is focusing more on those that dominate their domestic niche in order to offer protection from the effects of tariffs.

He has been adding to his position in companies such as Pool Corp (POOL.O), the country’s largest supplier of residential pool supplies, in large part because it has few competitors that will be able to undercut it on prices, he said. Shares of the company are up 12.5 percent for the year to date.

He also has been adding to online higher education company 2U Inc (TWOU.O) and Axon Enterprise Inc (AAXN.O), the parent company behind the Taser brand of non-lethal weapons and body cameras used by police departments, because both are dominant players that also have recurring revenue streams from long-term contracts.

“The companies that are going to be able to withstand this are the ones that have a sort of moat around their businesses,” he said.

Not all fund managers are as convinced that the Trump administration’s threats, which pushed the benchmark S&P 500 down more than 10 percent to enter a correction in February, will become a reality.

Margie Patel, a senior portfolio manager at Wells Fargo Funds, said that she expects to see little to no effect from trade tariffs and has been adding to companies such as PNC Finiancial Services Group Inc (PNC.N) that have sold off in the market downturn.

“I think at the end of the day that virtually all of the ‘trade war’ effects will be negotiated away and the true economic impact on industries as well as specific companies will be very small, so I haven’t factored the impact of any trade war considerations into my portfolio,” she said.