US government bears responsibility for setback in trade consultations with China: white paper

BEIJING, June 2 (Xinhua) -- The US government's accusation of Chinese backtracking is totally groundless, according to a white paper titled China's Position on the China-US Economic and Trade Consultations, issued by the State Council Information Office on Sunday. 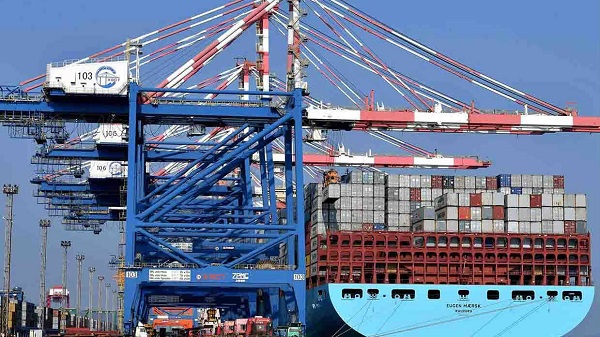 The white paper noted that it is common practice for both sides to make new proposals for adjustments to the text and language in ongoing consultations. In the previous more than ten rounds of negotiations, the US administration kept changing its demands. It is reckless to accuse China of "backtracking" while the talks are still under way.

Historical experience has proved that any attempt to force a deal through tactics such as smears, undermining and maximum pressure, will only spoil the cooperative relationship. Historic opportunities will be missed.

A civilized country turns to forceful measures only when gentler approaches have failed. After the US issued the new tariff threat, the international community was widely concerned that China might cancel the consultation visit to the US. It kept a close watch on the future direction of the China-US trade negotiations, the white paper said.

Bearing in mind the broader interests of trade and economic relations between the two countries, China remained cool-headed, exercised restraint, and sent a senior delegation to the US, as agreed, for the 11th round of economic and trade consultation from May 9 to 10. In doing so, China demonstrated the greatest sincerity and a strong sense of responsibility for resolving trade disputes through dialogue. In the following candid and constructive discussions, the two sides agreed to manage differences and continue consultations.

China expressed strong opposition to the unilateral tariff increase by the US and stated its firm position that it would have to take necessary countermeasures, it said.

China emphasized once again that trade deals must be based on equality and mutual benefit. China will never compromise on major principles concerning its core interests, the white paper said.

"One prerequisite for a trade deal is that the US should remove all additional tariffs imposed on Chinese exports and China's purchase of US goods should be realistic while ensuring that a proper balance in the text of the agreement is achieved to serve the common interests of both sides," it said.