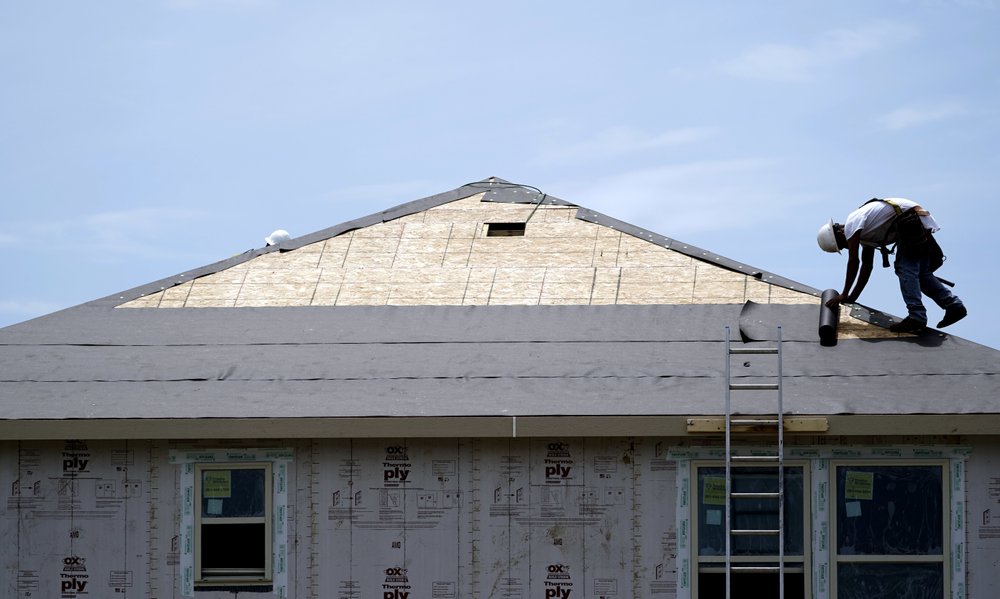 FILE- In this July 23, 2018, file photo a construction worker puts down roofing paper on a new home as he works outside in Houston. On Tuesday, Nov. 20, the Commerce Department reports on US home construction in October. (Photo: AP)

US home construction improved a slight 1.5 percent in October, but in a troubling sign, ground breakings for single-family houses fell.

Housing has stumbled in recent months as mortgage rates have climbed, putting the ability to buy a home or move up to a nicer property out of reach for more Americans. A sharp increase in mortgage rates has led to a marked decline in home construction since May, such that ground breakings have fallen 2.6 percent over the past 12 months.

“The housing construction cycle has peaked, but we’re not expecting a meltdown,” said Ian Shepherdson, chief economist at Pantheon Macroeconomics.

Some construction in the South might have been disrupted by Hurricane Florence striking the Carolinas in September and Hurricane Michael then hitting Florida and Georgia in October. But ground breakings recovered somewhat in the South last month, increasing 4.7 percent.

Homebuilders are feeling slightly less confident, even if they expect to keep building.

The National Association of Home Builders and Wells Fargo housing market index was released Monday and fell 8 points — the biggest monthly drop since 2014 — to 60 points in November. Any reading above 50 points to continued growth.

The average 30-year fixed rate mortgage has shot up a full percentage point in the past year to 4.94 percent, according to mortgage buyer Freddie Mac. This benchmark rate is at its highest average since February 2011.

Permits, an indicator of future activity, declined 0.6 percent to an annual rate of 1.26 million.

This pullback in construction has occurred as sales of new homes have begun to stall.

New-home purchases have plummeted for the past four months, including a steep 5.5 percent drop in September, according to a Commerce Department report last month. The annual rate of home sales has declined 15.3 percent since May, a striking reversal from the growth seen during the first five months of 2018.