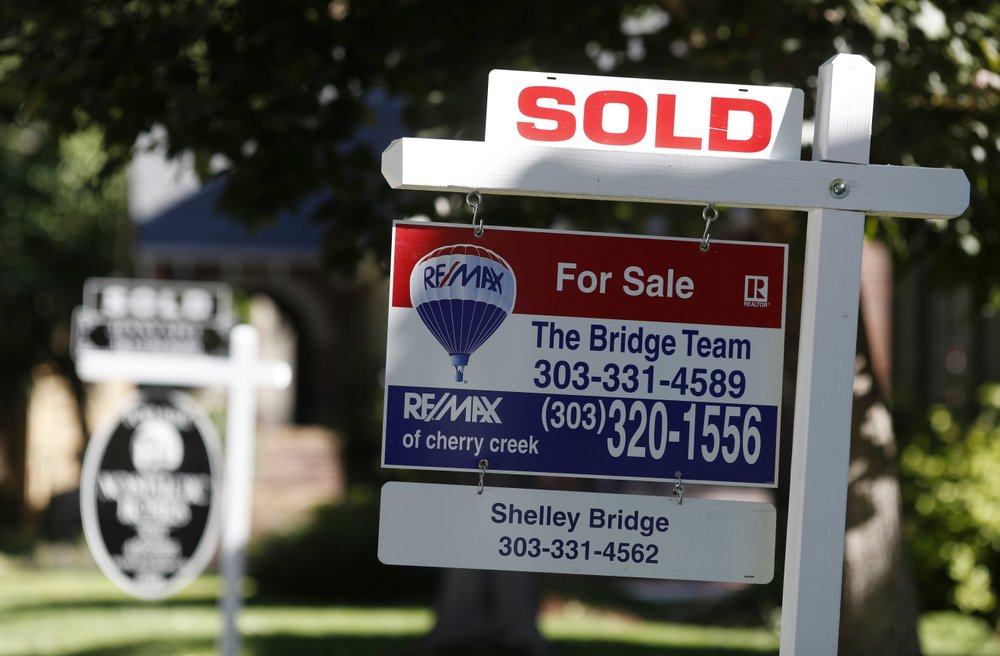 FILE- In this Aug. 30, 2018, file photo sold placards top sale signs outside homes on the market in Denver. On Wednesday, Nov. 21, the National Association of Realtors reports on sales of existing homes in October. (Photo: AP)

U.S. home sales rose in October, breaking a six-month losing streak. But sales are still down from a year ago, hurt by rising interest rates.

The National Association of Realtors said Wednesday that sales of existing homes climbed 1.4 percent to a seasonally adjusted annual rate of 5.22 million last month from 5.15 million in September. But the October sales were still down 5.1 percent from a year earlier, the largest annual drop since July 2014.

“No way is the housing market on solid ground at the moment,” says Lawrence Yun, the association’s chief economist.

He blamed a sharp increase in mortgage rates over the past year. Mortgage giant Freddie Mac reported Wednesday that the rate on 30-year, fixed-rate mortgages was 4.81 percent, up from 3.92 percent a year ago.

The Federal Reserve has raised short-term rates three times this year and is expected to raise them again in December and three times next year. Given sluggishness in the U.S. housing market, Yun suggested that “maybe the federal reserve can take a little pause in their interest rate hikes.”

The median U.S. house price rose 3.8 percent from a year ago to $255,400. The inventory of homes for sale was 1.85 million, down from September but up 2.8 percent from a year ago. Low inventories have pushed prices higher and kept some buyers out of the market. Rising inventories will likely curb price increases and allow “for much more manageable, less frenzied buying conditions,” Yun said.