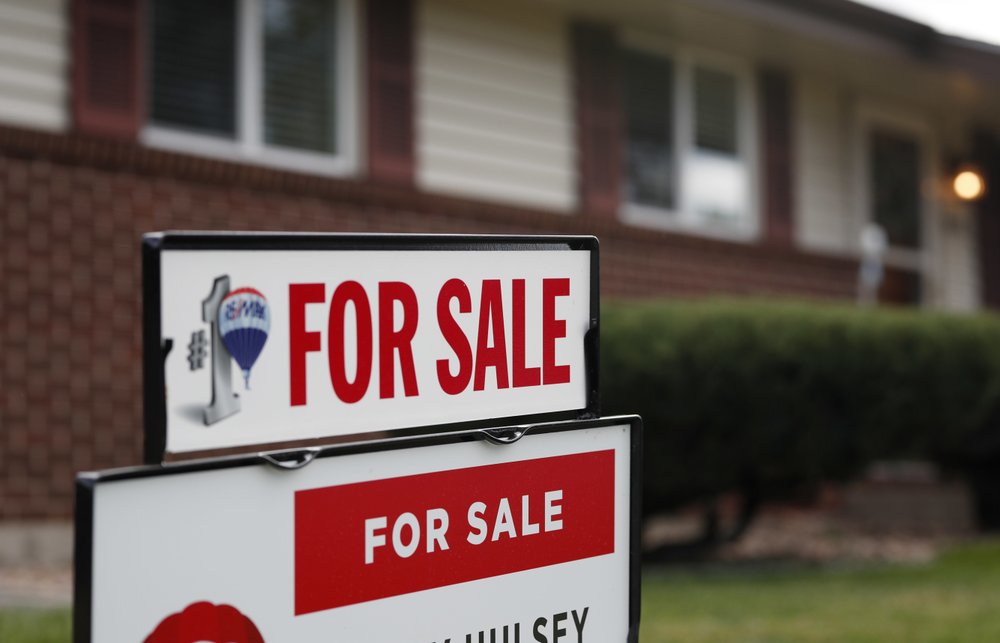 A for sale sign stands outside a home on the market in the north Denver suburb of Thornton, Colo. U.S. home sales increased in November for the second straight month, but sales plummeted 7 percent from a year ago amid growing affordability pressures. (Photo: AP)

U.S. home sales increased in November for the second straight month, but sales plummeted 7 percent from a year ago amid growing affordability pressures.

The National Association of Realtors said Wednesday that sales of existing homes rose 1.9 percent to a seasonally adjusted annual rate of 5.32 million last month. But higher mortgage rates have caused sales over the past 12 months to plunge at the steepest pace since May 2011, when the real estate sector was still in the grips of the housing bust.

The average 30-year mortgage rate was 4.63 percent last week, up from 3.93 percent a year ago. Borrowing costs for home loans began to climb after President Donald Trump increased the federal budget deficit by signing tax cuts into law last year. Mortgage rates have slumped in recent weeks as the falling stock market has signaled concerns about the U.S. economy.

As a result, the U.S. housing markets seems to be stuck in a moment of doubt in which buyers have become less willing to pay a premium and the trajectory of the economy is weighing on the decisions made by buyers and sellers alike.

“There is no doubt that the housing market is moving toward a phase where there is more uncertainty for both buyers and sellers, and where above-market gains are no longer guaranteed,” said Aaron Terrazas, a senior economist at the real estate company Zillow. “And with the scars of a decade ago still fresh for many, this newfound uncertainty can be disorienting.”

The declining stock market has created an additional drag for would-be buyers seeking to buy more expensive homes, as sales of properties worth more than $1 million declined from a year ago.

The median sales price in November was $257,700, up 4.2 percent from last year. Price gains have moderated in the past year, though they’re still climbing faster than the 3.1 percent increase in average hourly wages during the past year.

As home sales have slipped in the past year, more properties are sitting on the market and inventory has risen 4.2 percent to 1.74 million units.

Sales dropped 8.2 percent last month in the West, where housing is generally more expensive. Purchases increased last month in the Northeast, Midwest and South. All four geographic regions have seen declining sales over the past year.